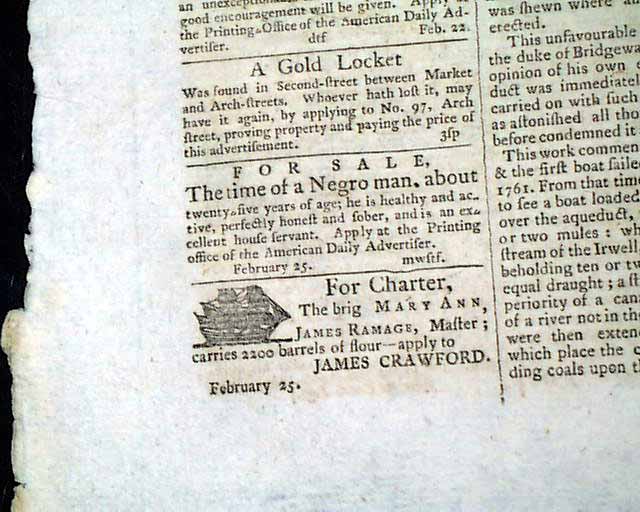 
DUNLAP'S AMERICAN DAILY ADVERTISER, Philadelphia, 1793  If you are looking for a very nice, typical American newspaper of the late 1700's, here's a great one for a modest price. A four page issue with a nice mix of news of the day and advertisements. Wide, never-trimmed margins (desired) and in very nice, clean condition.