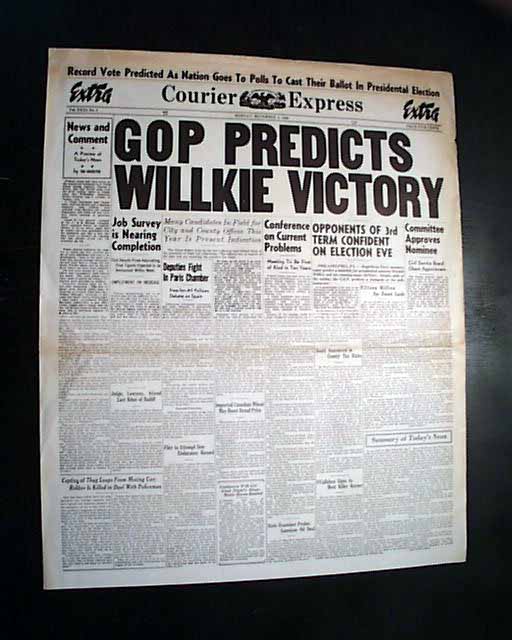 We've all seen newspapers used as props in movies, typically with a headline relating to the plot of the movie. Obviously created exclusively for the production of the movie, they are quite rare and seldom come on the collector's market--particular issues from the "golden age of Hollywood".
I am not aware of what motion picture this issue was created for, but it is obvious the bold headline plays a role: "GOP PREDICTS WILLKIE VICTORY". As was typical of prop newspapers they were created to be as generic as possible, the balance of the issue filled with meaningless reports which just filled space. Such text could not be read by the movie goer anyhow.
A four page issue printed on higher quality newsprint than was typical, minor margin wear
A fascinating rarity and a great item for any rare newspaper collection.