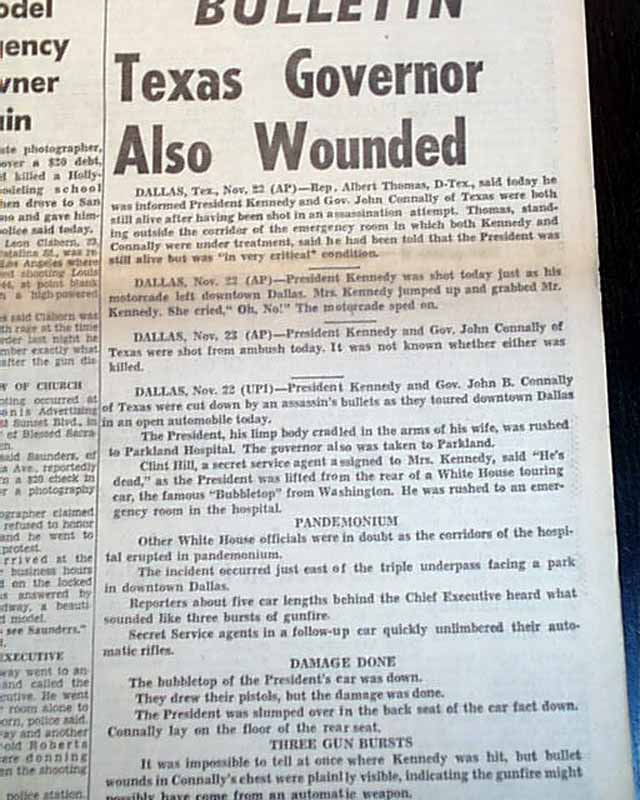 Bold headline above the masthead: "KENNEDY SHOT Condition Very Critical" with the related text under the heading "Bulletin". Evidence that this is a very early & quickly-prepared edition is a ftpg. report: "Jackie Is a Wow in Texas; Kennedy Mends Fences"
Difficult to find JFK assassination reports in which he was still alive at the time the edition went to press.
The complete first section (of 4) with pages 1-24, a bit of toning to the central fold, generally nice.