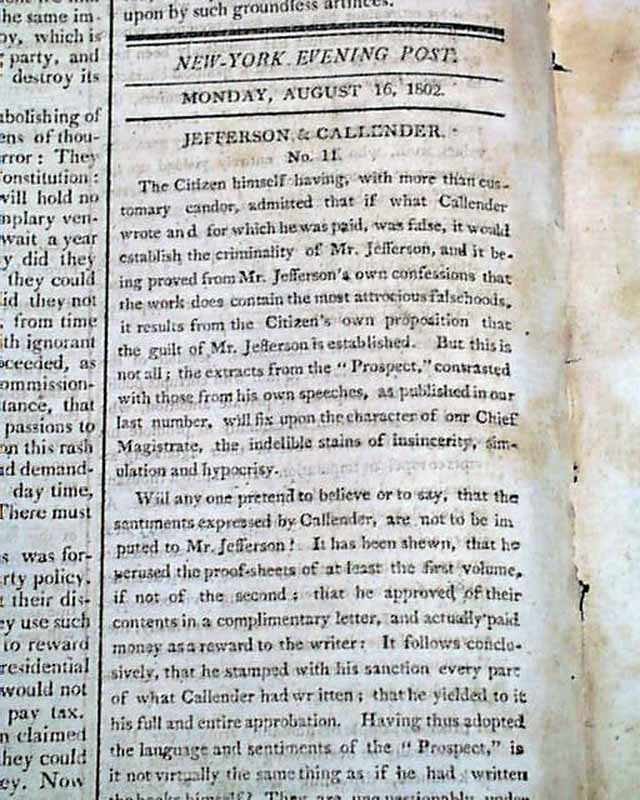 Pages 2 and 3 have content on the on-going feud between Thomas Jefferson and James Callender under the heading: "Jefferson & Callender", this being essay #2 of a series.
Callender had a reputation as a "scandalmonger, due to the content of some of his reporting, which overshadowed the political content. He was a central figure in the press wars between the Federalist and Democratic-Republican parties. In the late 1790s, Thomas Jefferson sought him out to attack President John Adams, which Callender did. After Jefferson won the presidency, Callender expected employment as a postmaster, which was denied by Jefferson. Callender then reported on President Jefferson's children by his slave concubine Sally Hemings.
Four pages, some minor margin tears, good condition.