Home > Back to Search Results > Much news from the War of 1812...
Click image to enlarge 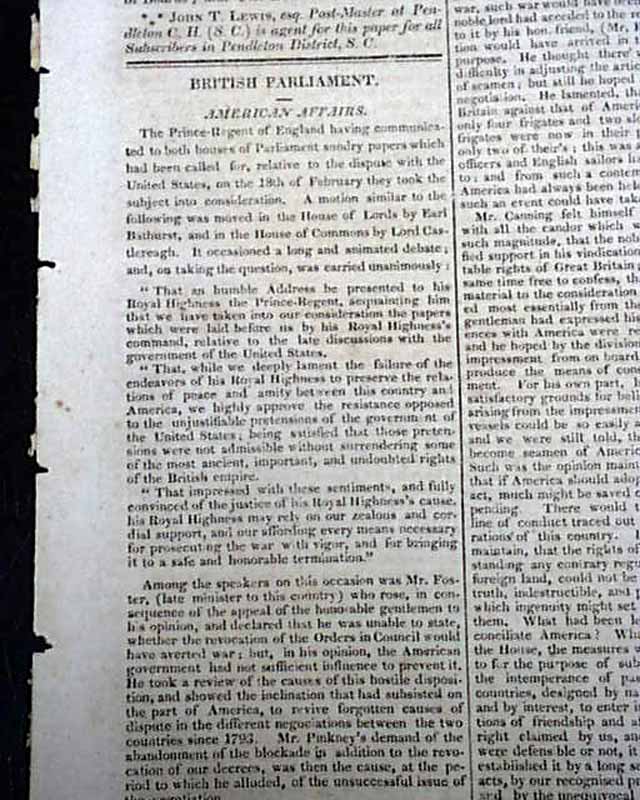 
THE WAR, New York, April 27, 1813  The entire front page is taken up with: "British Parliament - American Affairs" which carries over to page 2. Also inside: "Impressment of American Seamen" " which include 3 affidavits; "To the Young Men of Ohio" "Northwestern Army" "Naval Memoranda" with the back page having letters from Baltimore, Fort Stoddard, Dover, Delaware, Ogdensburgh, Charleston & New London.
Four pages, 9 3/4 by 12 1/4 in., never-trimmed margins, very nice, clean condition.