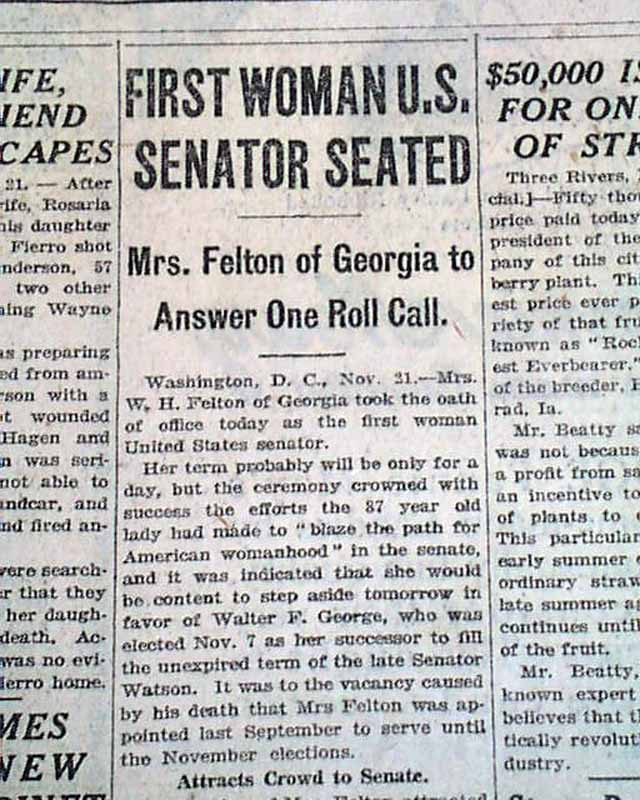 Near the middle of the front page are one column heads: "FIRST WOMAN U.S. SENATOR SEATED" "Mrs. Felton of Georgia to Answer One Roll Call".
The report begins: "Mrs. W. H. Felton of Georgia took the oath of office today as the first woman United States senator...". Although notable being the first woman to serve in the Senate, the honor was mostly ceremonial as she served but one day.
Rebecca Latimer Felton was the most prominent woman in Georgia in the Progressive Era. At 87 yeas of age she was the oldest freshman senator to enter the Senate. She was the only woman to have served as a Senator from Georgia until 2020.
Complete in 38 pages, binding slits at the spine, good condition.