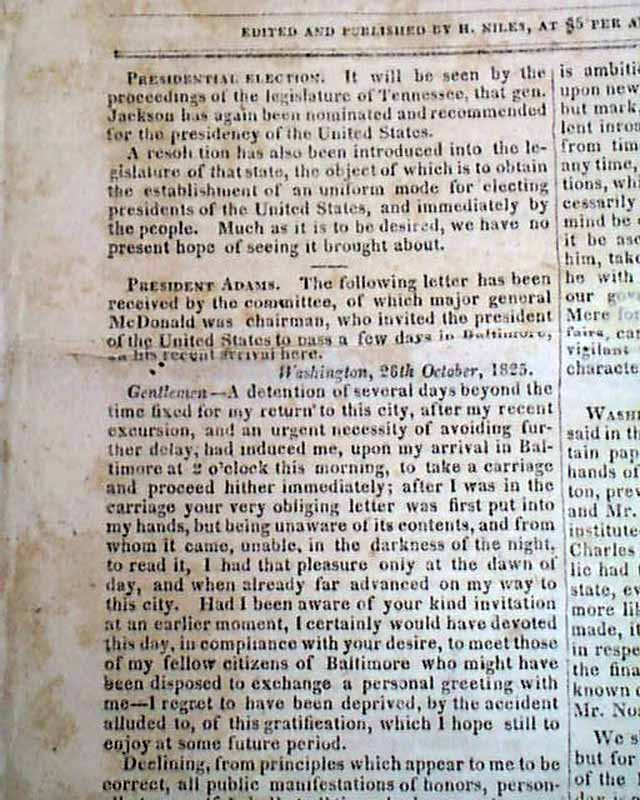 Perhaps the most notable event reported is headed: "FROM BUFFALO" which tells of the first vessel--The Seneca Chief--to traverse the new Erie Canal. Although brief, the event was quite historic.
Other news found within include an early American execution, cannibalism, a mention of German-Jews, a letter from John Quincy Adams, The Morris Canal, and more.
Sixteen pages, 6 by 9 1/2 inches, good condition.