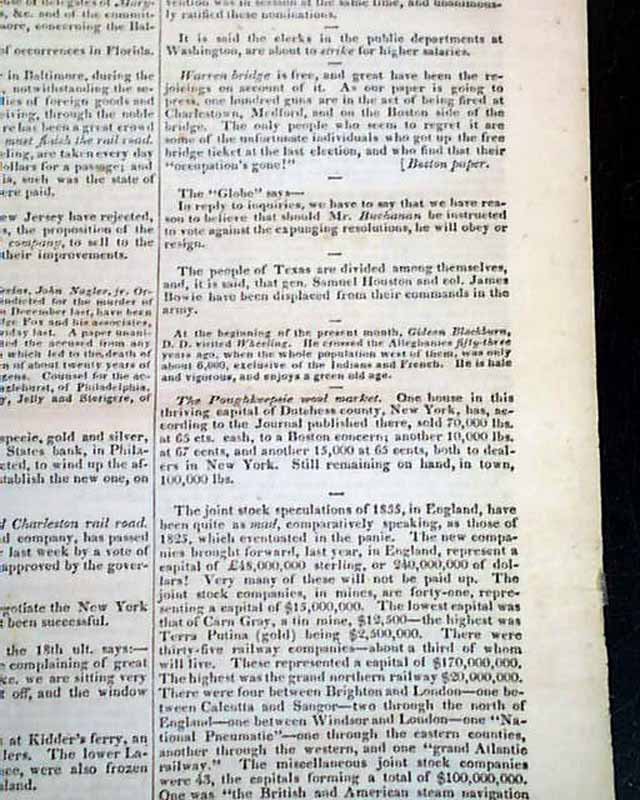 The front page has a brief item noting: "The people of Texas are divided among themselves, and, it is said, that gen. Samuel Houston and col. James Bowie have been displaced from their commands in the army." Nice to have mention of both Houston & Bowie on the front page.
Another lengthier report on page 3 is headed: "The Tampico Expedition" which relates to Texas. Other various news of the day including much on "Affairs In Florida" with talk of General Gaines' actions with the Indians.
Sixteen pages, 6 1/4 by 9 3/4 inches, nice condition.