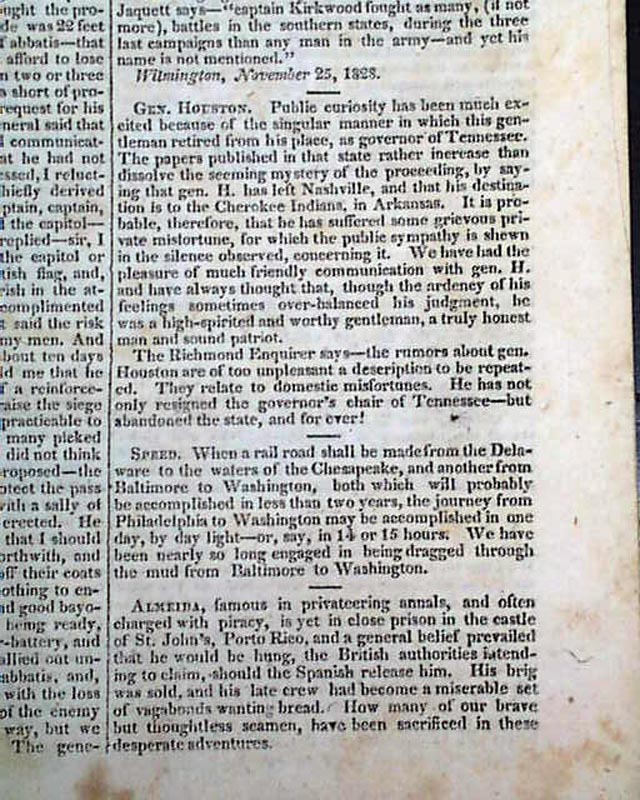 
NILES' WEEKLY REGISTER, Baltimore, May 16, 1829  Page 3 has an article with a small head: "Gen. Houston" which has some speculation on why this former governor of Tennessee is leaving, ending with: "...They relate to domestic misfortunes. He has not only resigned the governor's chair of Tennessee--but abandoned the state, and for ever!"  Of course in a few years he would earn some acclaim for his efforts in Texas.
An article: "The Creek Indians" includes: "...directed to remove his agency west of the Mississippi to the country allotted to the emigrating Indians..." which is concerning the infamous Trail of Tears.
Among other articles in this issue are: "The Gold Region" which is concerning new discoveries in North Carolina; "Canals of the United States", and more.
Sixteen ages, 6 1/2 by 9 1/2 inches, in nice condition.