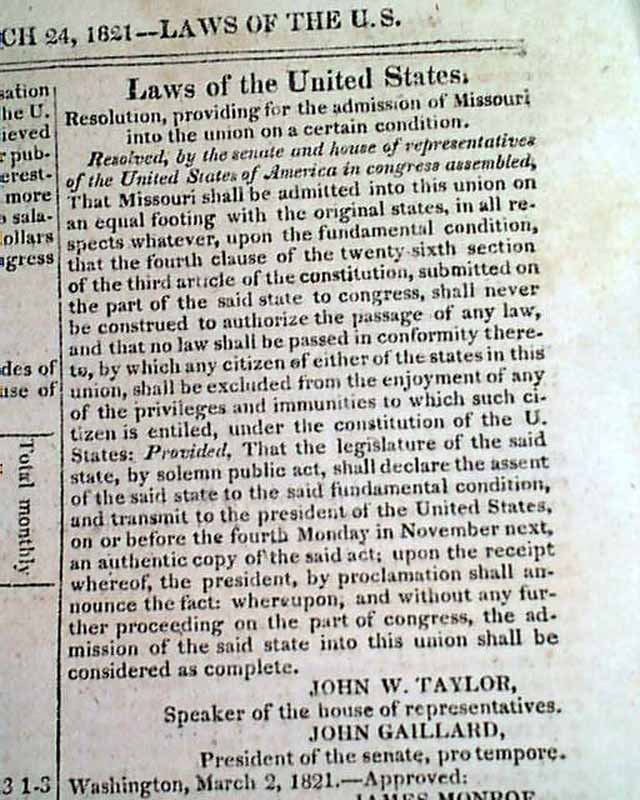 "Laws of the U. States" on an inside page has a "Resolution, Providing for the Admission of Missouri into the Union on a Certain Condition" beginning: "Resolved...That Missouri shall be admitted into the union on an equal footing with the original states... upon the fundamental condition...that no law shall be passed...by which no citizen shall be excluded...", signed in type: James Monroe.
Missouri would formally be admitted on August 10. There are two other Acts of Congress as well.
Also inside are: "Imprisonment for Debt" and "Punishment of Piracy", the latter taking over a full page.
Sixteen pages, 6 by 9 1/2 inches, a bit close-trimmed at a portion of the piracy article, good condition. 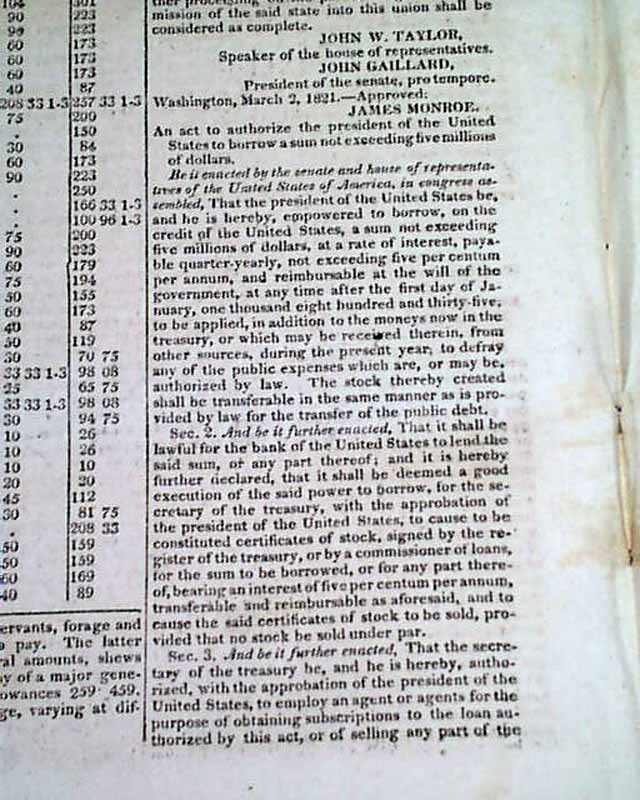 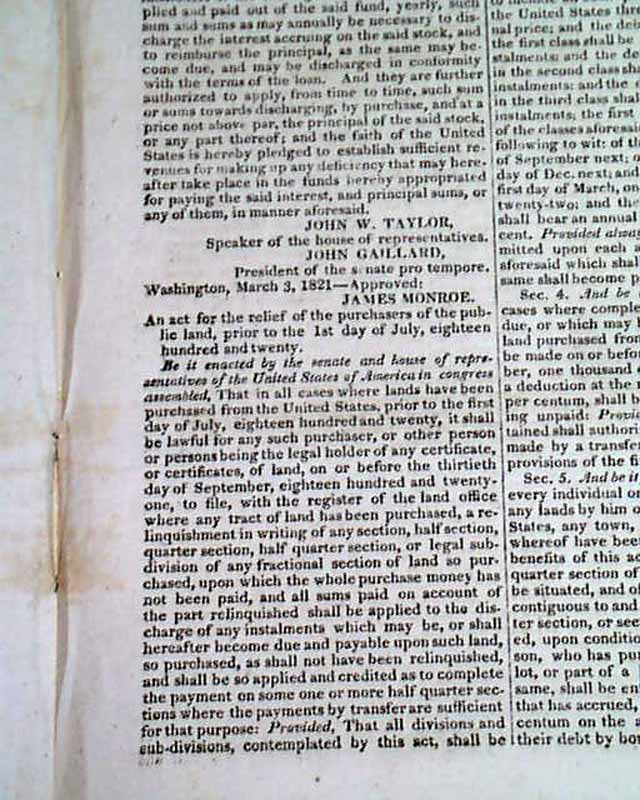 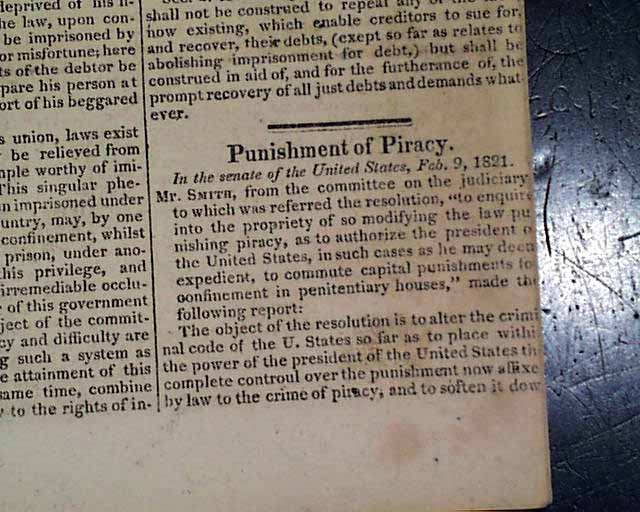 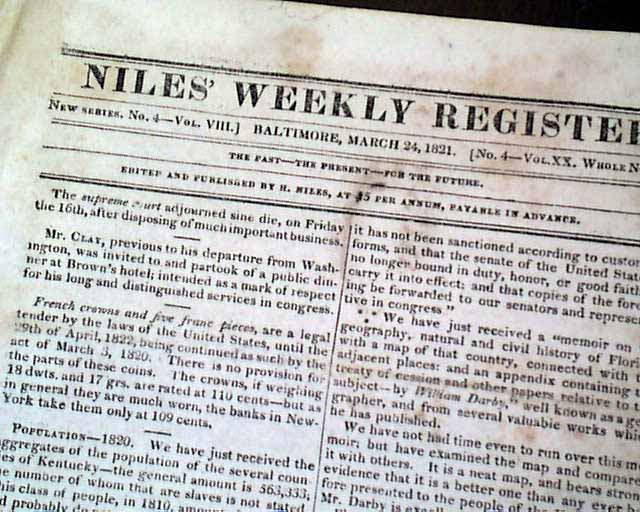 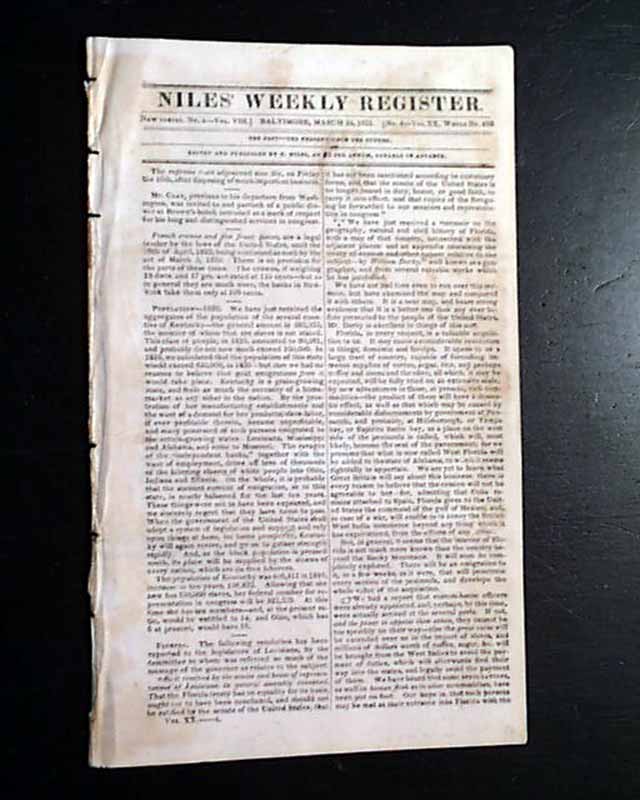