Home > Back to Search Results > President Andrew Jackson on the independence of Texas...
Click image to enlarge 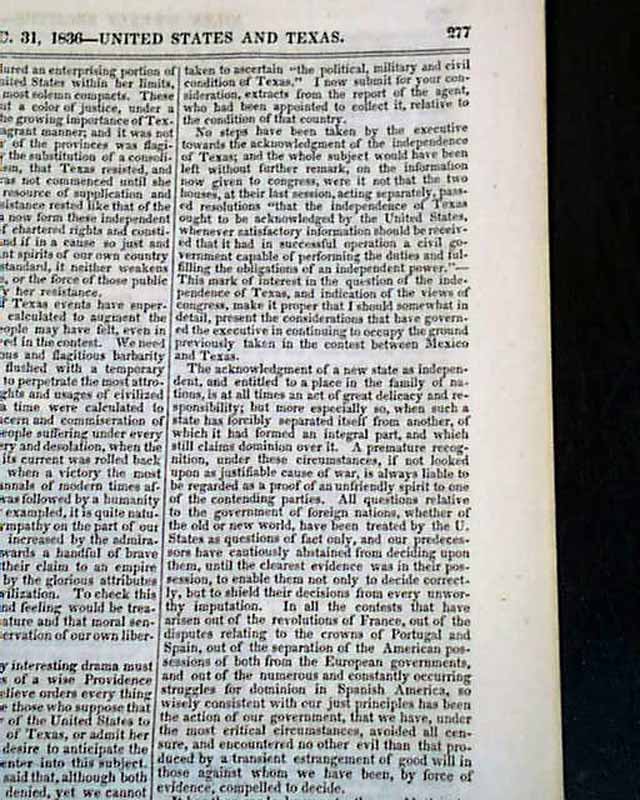 President Andrew Jackson on the independence of Texas...

Pages 3 & 4 contain a message from the President to Congress headed: "United States And Texas" in which he reviews the situation in Texas and its independence. A few bits include: "...No steps have been taken by the executive towards the acknowledgment of the independence of Texas...The Acknowledgment of a new state as independent & entitled to a place in the family of nations is at all times an act of great delicacy...Upon the issue of this threatened invasion, the independence of Texas may be considered as suspended...The title of Texas to the territory she claims is identified with her independence. She asks us to acknowledge that title to the territory..." with much more. It is signed in type: Andrew Jackson.
Sixteen pages, 8 1/2 by 12 inches, very nice condition.