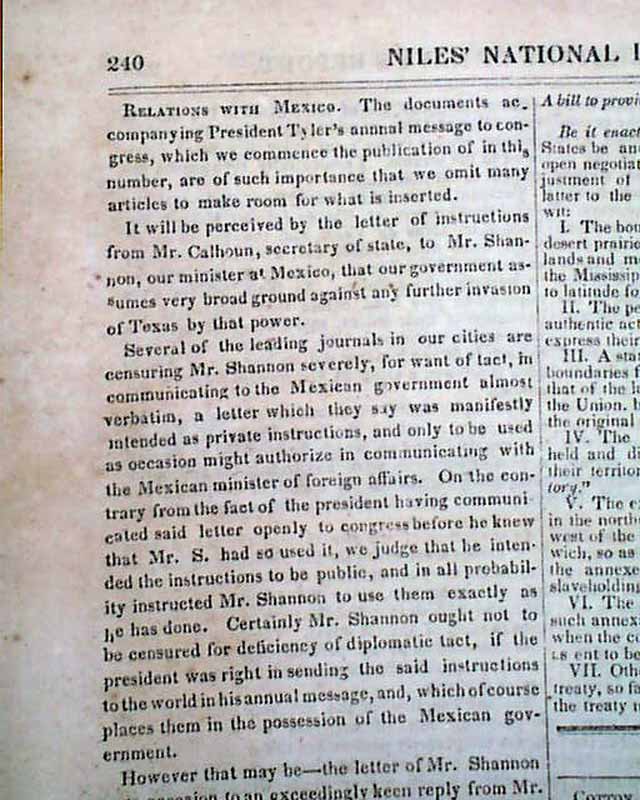 
NILES' NATIONAL REGISTER, Baltimore, Dec. 14, 1844  The back page features a report on the "Annexation of Texas" which begins: "On the 10th instant Senator McDuffie, introduced into the United States senate joint resolutions for the annexation of Texas to the Union, corresponding with the project of the treaty for that purpose rejected at the last session  by the senate. The resolutions were referred to the committee on foreign relations...".
Also on this page is an article which notes near the beginning: "'...There is a perfect panic in Wall street to-day...'".
Sixteen pages, 8 3/4 x 12 inches, scattered foxing, a bit irregular at the blank spine due to disbinding.