Home > Back to Search Results > Details on the murder of abolitionist Elijah Lovejoy...
Click image to enlarge 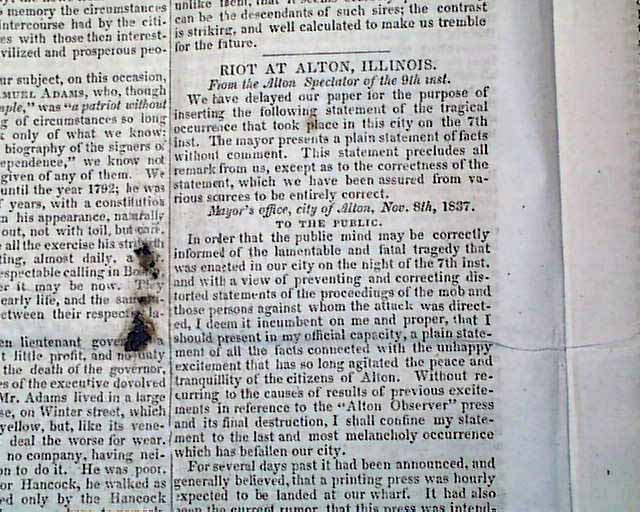 Details on the murder of abolitionist Elijah Lovejoy...

Pages 4 & 5 contain details on the murder of abolitionist newspaper publisher Elijah Lovejoy, killed by a pro-slavery faction angry over Lovejoy's anti-slavery editorial stance. Lovejoy is considered an early martyr to the anti-slavery movement.
Also within the issue is "Indian Meditation" "Dreadful mutiny at Sea" and much other news of the day.
Sixteen pages, 8 1/2 by 12 inches, a rubbing hole near the center affects several pages but fortunately not any of the mentioned report. Otherwise in good condition.