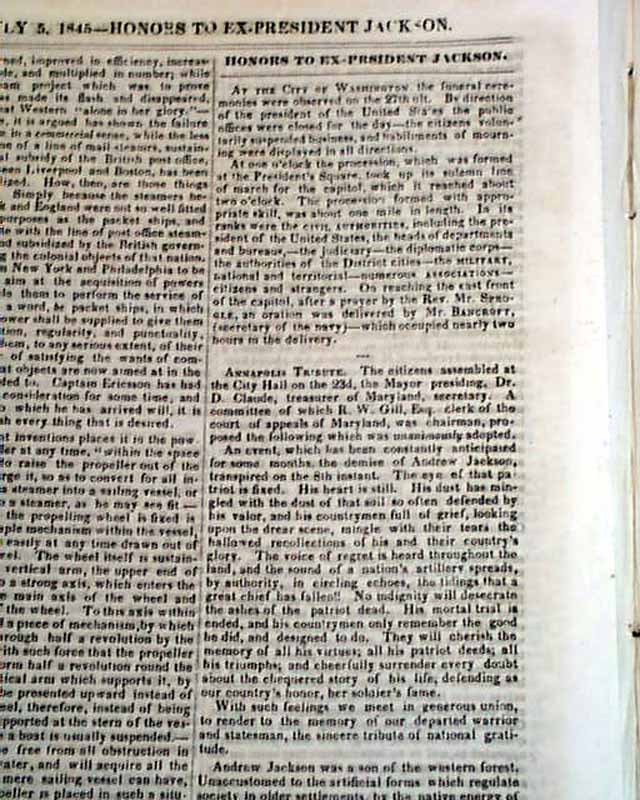 Near the back are several pages on the death & funeral of President Andrew Jackson, including: "Honors to Ex-President Jackson" which begins: "At the city of Washington the funeral ceremonies were observed on the 27th...". Also: "Mr. Webster's Remarks" and "Account of Gen. Jackson's Last Moments From His Family Physician" which is very detailed and includes his last words, and his last breath. This is followed by over two pages on: "The Funeral Oration" by Hon. B. F. Butler.
Also: "British Substitute For Slavery in Her Colonies" takes over a full page.
Sixteen pages, 8 1/2 by 12 inches, very nice condition.