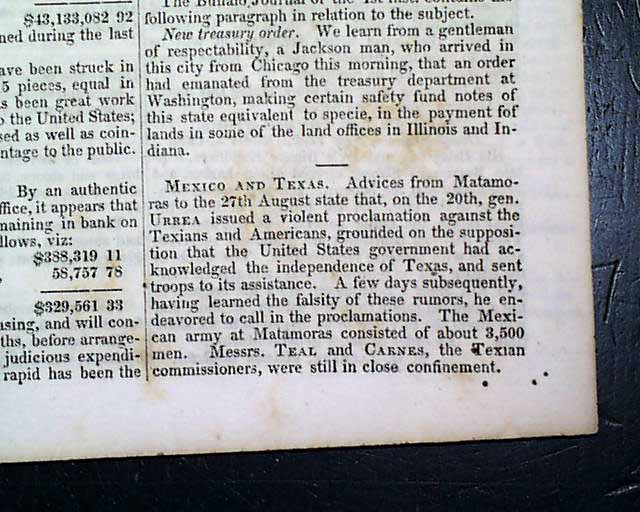 
NILES' WEEKLY REGISTER, Baltimore, Oct. 8, 1836  The bottom of the ftpg. has a brief report: "Mexico and Texas" which begins: "Advices...that on the 20th, gen. Urrea issued a violent proclamation against the Texians and Americans, grounded on the supposition that the United States government had acknowledged the independence of Texas & sent troops to its assistance..." but it was a rumor.
Page 3 has a brief item: "Virginia Slaves" noting: "...have heard...the number of slaves exported from Virginia within the last twelve months at 120,000..." with more.
Another page has half a page headed: "The Rothschilds" with much on the famous & wealthy Jewish family. Also an article: "The Cherokees" which takes over 2 pages.
Sixteen pages, 8 1/4 by 12 inches, good condition.