Home > Back to Search Results > First rabbi to lead prayer in Congress...
Click image to enlarge 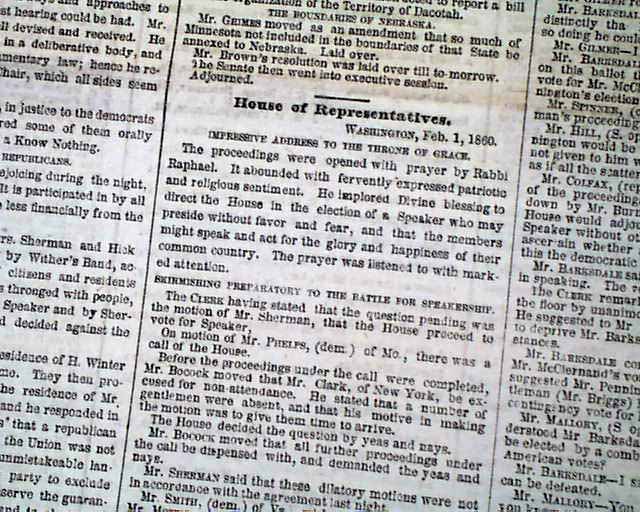 The front page has proceedings of the first session of the "Thirty Sixth Congress" and included is a brief but very historic account about the first time the proceedings were opened with a prayer by a rabbi.
The account headed "Impressive Address To The Throne of Grace" reads in part: "The proceedings were opened with a prayer by Rabbi Raphael. It abounded with fervently expressed patriotic and religious sentiment. He implored Divine blessing to direct the House in the election of a Speaker...that the members might speak and act for the glory and happiness of their common country...".
A notable Judaica item. Eight pages, good condition.