Home > Back to Search Results > "Redskins" name 1st used in the NFL...
Click image to enlarge 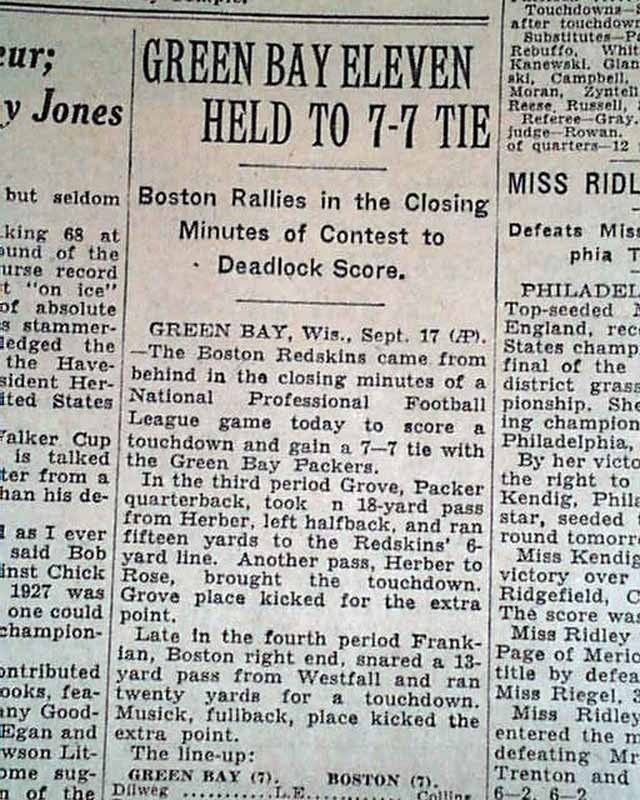 The sport's section (page 26) has one column headings: "GREEN BAY ELEVEN HELD TO 7-7 TIE" "Boston Rallies in the Closing Minutes of Contest to Deadlock Score" with lineups. Text begins with: "The Boston Redskins came from behind in the closing minutes...." This was the very 1st time that the franchise used the name "Redskins" while playing in Boston. And 87 years later it looks like that will be coming to an end.
Complete with 38 pages, light toning at the margins, nice condition.