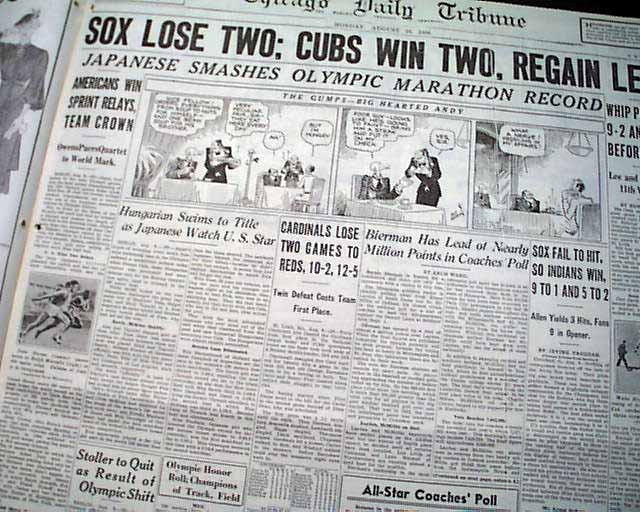 The front page of section 2 (sports) has a seven column headline: "Japanese Smashes Olympic Marathon Record" (see)
More on the 1936 Summer Olympics with some Jesse Owens reporting.
Complete with all 30 pages, rag edition in great condition. A few small binding holes along the spine.