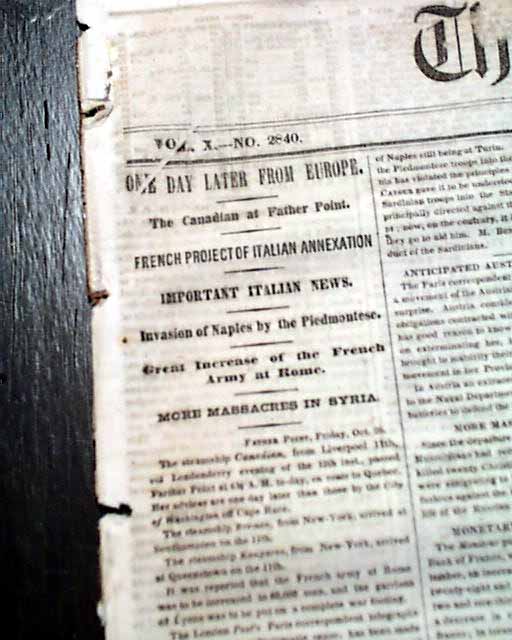 The front page has news from Europe telling of Syrian massacres. A backpage report gives details regarding a Billiards Tournament at Lynch's Billiard Rooms at Union Square (with mention of the famous match between James Lynch and Dudley Kavanagh which had occurred two years prior). The same page has an interesting article discussing the problems being caused by youth playing baseball in the City Hall Park. Oh what we'd give today to have such problems.
Other news and ads of the day are found throughout. Complete in 8 pages, a little irregular along the spine, nice condition.