Home > Back to Search Results > Printed exclusively to report the War of 1812...
Click image to enlarge 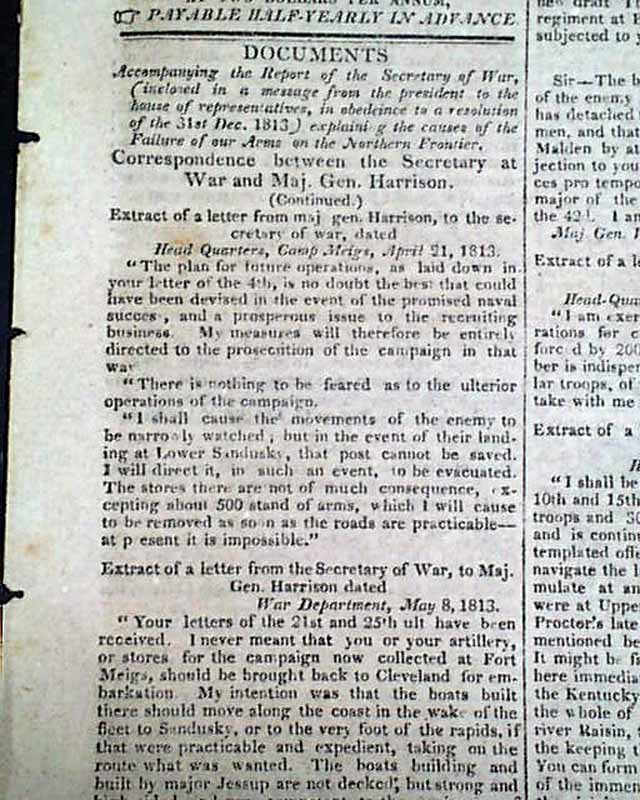 Printed exclusively to report the War of 1812...


THE WAR, New York, March 22, 1814  The front page has various "Documents" including item signed in type by John Armstrong and William. H. Harrison, all relating to the war. They carry over to take most of pg. 2 as well.
Other content within includes four Acts of Congress, each signed in type by the President: James Madison. Also: "Ogdensburgh" "Summary" "From Canada", a letter from the captain of the Constellation, "President & Plantagenet" and other items.
Four pages, 9 3/4 by 12 1/4 in., never-trimmed margins, very nice, clean condition.