Home > Back to Search Results > The Monroe Doctrine...
Click image to enlarge 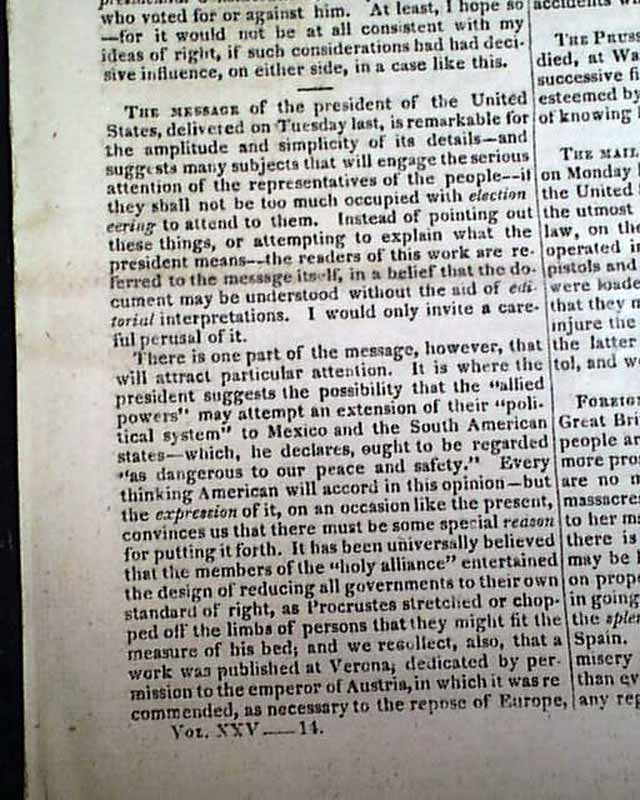 An inside page has the "President's Message" being James Monroe's annual address to Congress. Part of his message contains the historic language warning European powers not to get involved in any affairs in the western hemisphere. This directive became known as the Monroe Doctrine and served as the cornerstone for American foreign policy for most of the 19th century. The message, taking over 5 pages, is signed in type: James Monroe (photos show only portions).
The ftpg. includes an editorial on the President's message & includes: "...There is one part of the message...that will attract particular attention. It is where the president suggests the possibility that the 'allied powers' may attempt an extension of their 'political system' to Mexico & the South American states--which, he declares, ought to be regarded 'as dangerous to our peace & safety'..." with more.
Sixteen pages, 6 by 9 1/2 inches, nice condition.