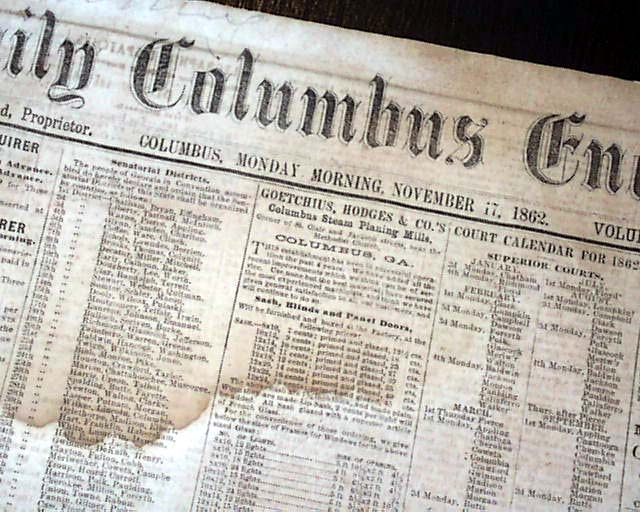 
DAILY COLUMBUS ENQUIRER, Georgia, Nov. 17, 1862  Certainly one of the less common Confederate titles from the Civil War. Columbus is in Southwest Georgia on the Alabama border very near Montgomery.
Among the various reports inside are: "The Removal of McClellan" "Brook's Speech" "Progress & Events of the War" "The Condition of our Iron-Clad Vessels" "The Country Subjugated Unless we all Work for It!" "Message of Gov. Brown in Reference to the Raid at St. Mary's" and more.
Four pages, foxing & damp staining, otherwise nice condition.