Home > Back to Search Results > Mention of New York and Newfoundland in a 1669 newspaper...
Click image to enlarge 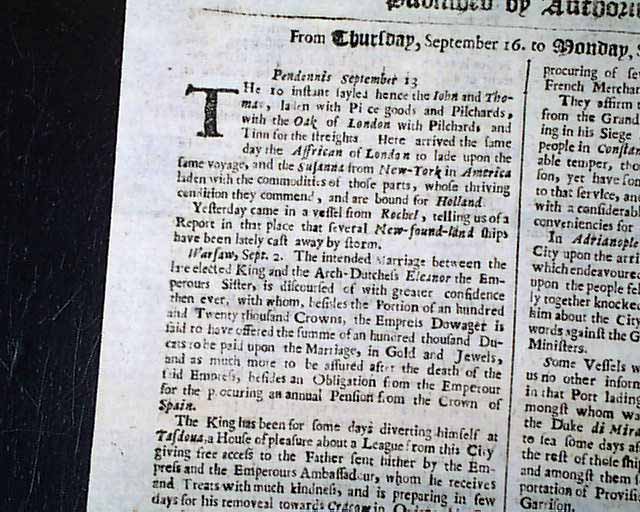 Mention of New York and Newfoundland in a 1669 newspaper...

* Among the earliest of English language newspapers

A very early issue, from just the fifth year of its existence.
The front page begins with a report noting in part: "...Here arrived the Susanna from New York in America, laden with the commodities of those parts, whose thriving condition they commend, and are bound for Holland." And also: "Yesterday came in a vessel...telling us of a report in that place that several New-found-land ships have been lately cast away by storm."
Very early mention of the "new world" in a period newspaper.
Single sheet, 7 by 11 inches, browning at one blank margin, very nice condition.