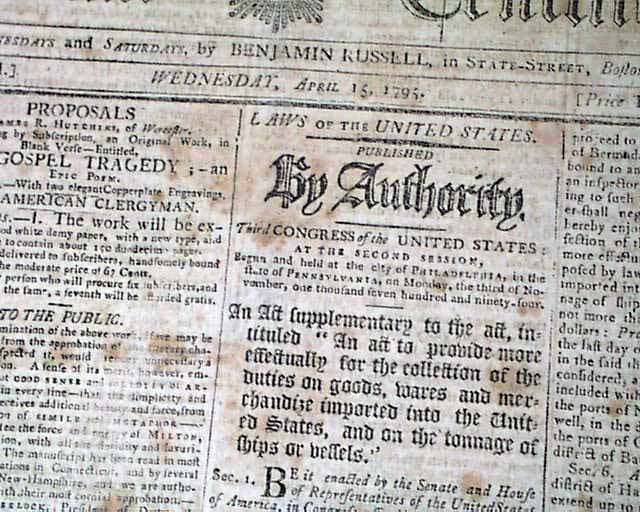 Half of the front page is taken up with an Act of Congress titled: "An Act...to provide more effectually for the collection of the duties in goods, wares and merchandize imported into the United States, and on the tonnage of ships or vessels." which is signed in script type by the President: Go. Washington on the following page. This was one of just a few newspapers which used the "script" type signature.
Complete in four pages, light foxing, nice condition.