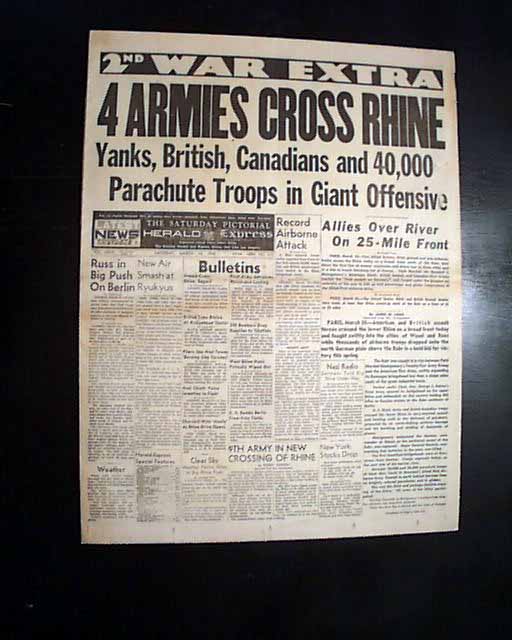 The bold banner headline announces: "4 ARMIES CROSS RHINE" with subhead: "Yanks, British, Canadians and 40,000 Parachute Troops in Giant Offensive" with much more.
Complete with both sections and 20 pages. Nice condition.