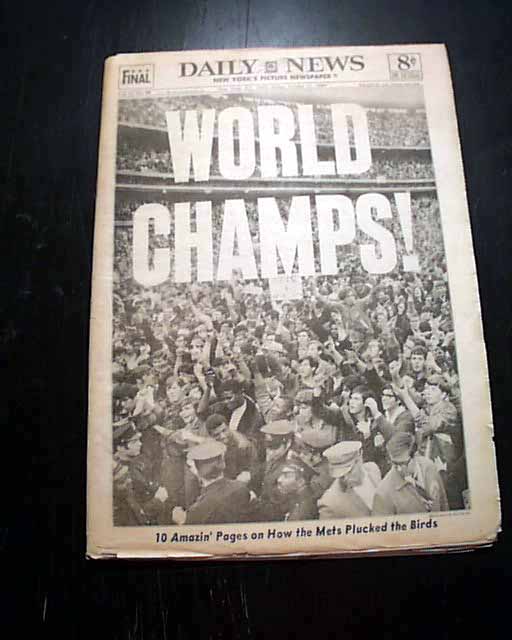 This would have to be one of the iconic sports reports of the 20th century, the entire front page taken up with a celebratory crowd at the stadium with the words: "WORLD CHAMPS ! " dropped out of the photo. The Major League Baseball World Series victory by the New York Mets in 1969 was a legendary one, and great to have the report in this famous New York newspaper.
Much more on the victory and the celebration on the inside pages.
Complete in 104 pages, tabloid-size, minimal wear at the margins, nice condition.