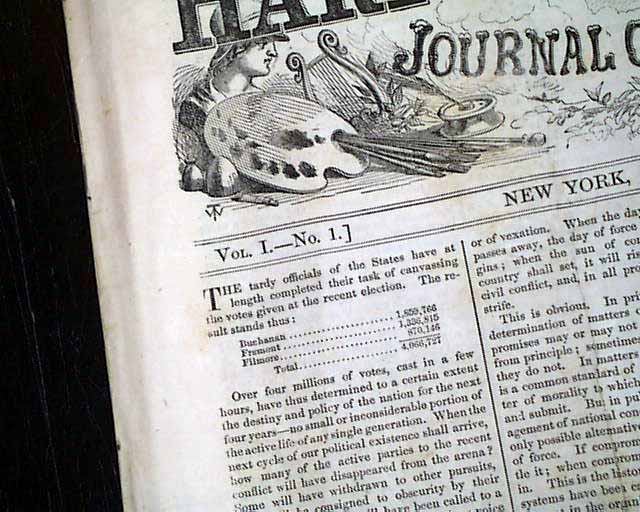 
HARPER'S WEEKLY, New York, January 3, 1857  Few titles from the 19th century are as well known to the general public as this, very widely circulated and often cited by contemporaries of the day. This newspaper would publish for 60 years and did much to document--in its many prints--the lifestyles of America in the last half of the 19th century, and for better or worse brought the horror of the Civil War into every American home.
This is the volume one, number one issue--the first ever published. It is ironic that a periodical whose success was based on the prints it contained would have just a few, small prints in this first issue--in fact relatively few in the entire first year of publication.
Complete in 16 pages, archival strengthening at the spine, minor foxing, generally good condition.