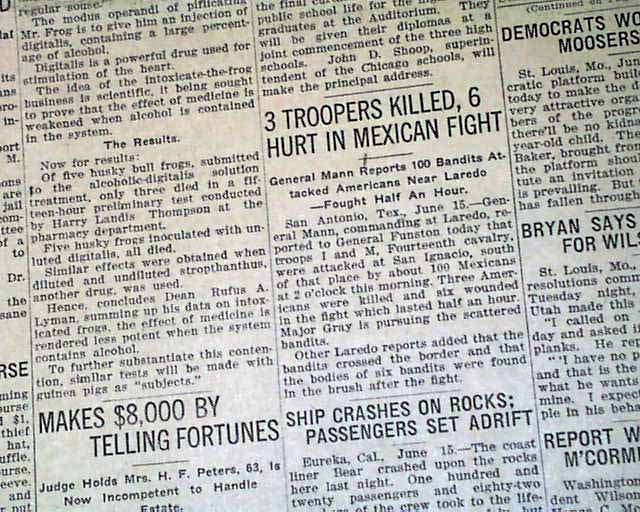 The front page has a one column heading: "3 Troopers Killed, 6 Hurt In Mexican Fight"
Fourteen pages, light toning, some wear at the margins, partially loose loose along the spine, should be handled with care.