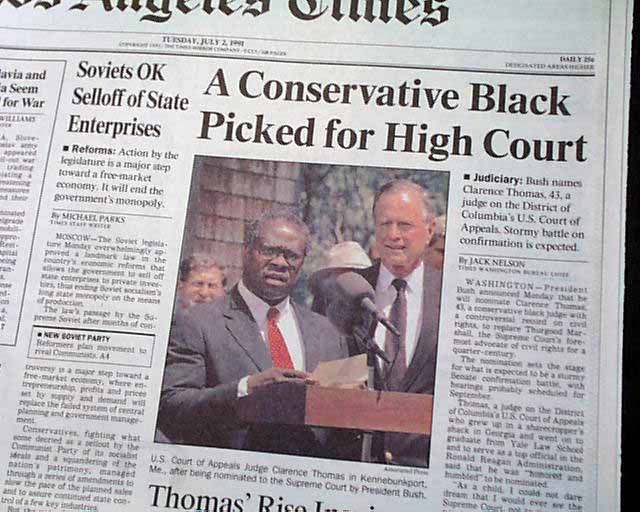 The top of the front page has a headline announcing: "A Conservative Black Picked for High Court" with subheads and photo of Thomas with the president. More reporting inside. Nice to have from one of the most Liberal cities in America.
Complete 1st section only with all 24 pages, very nice condition. 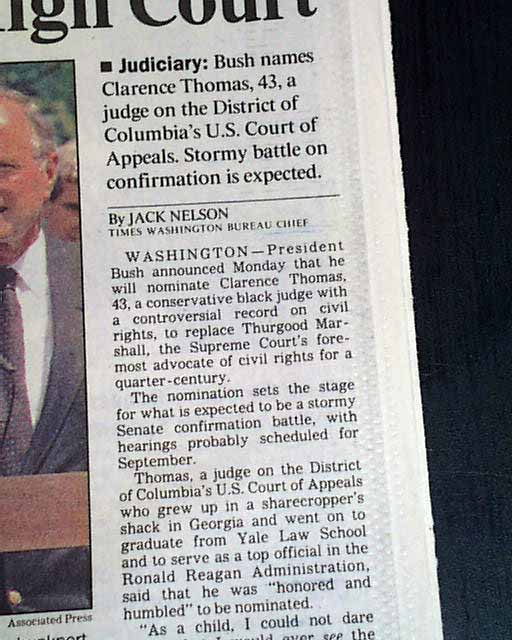 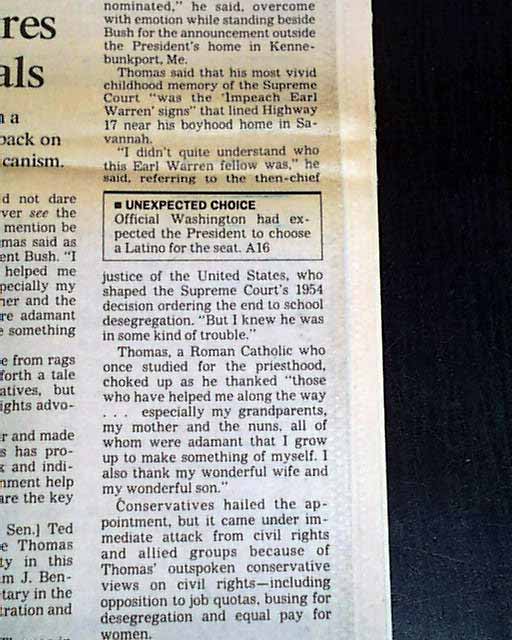 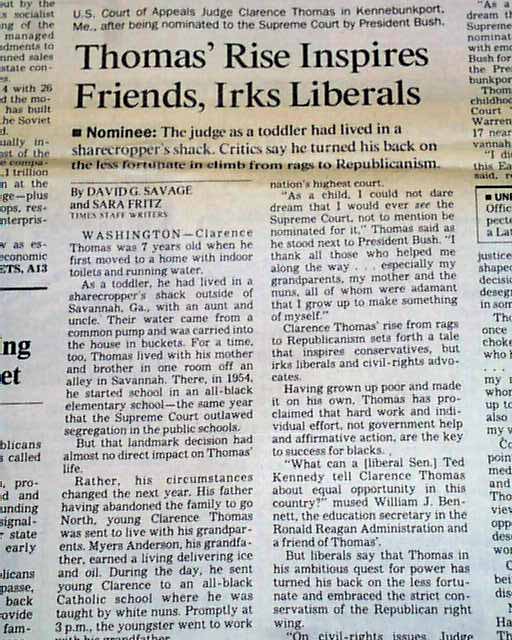 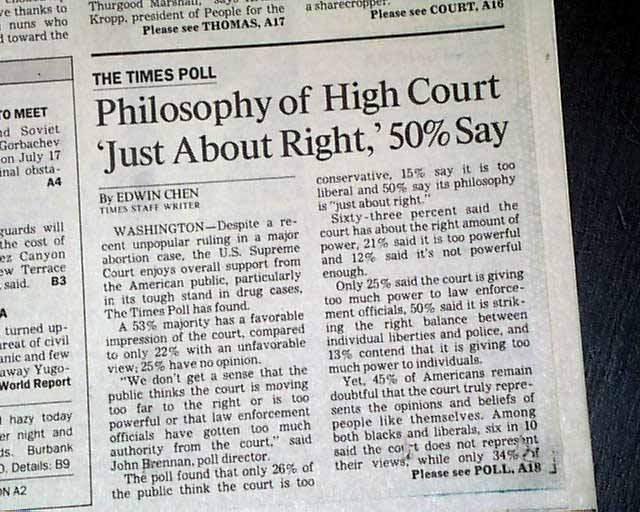 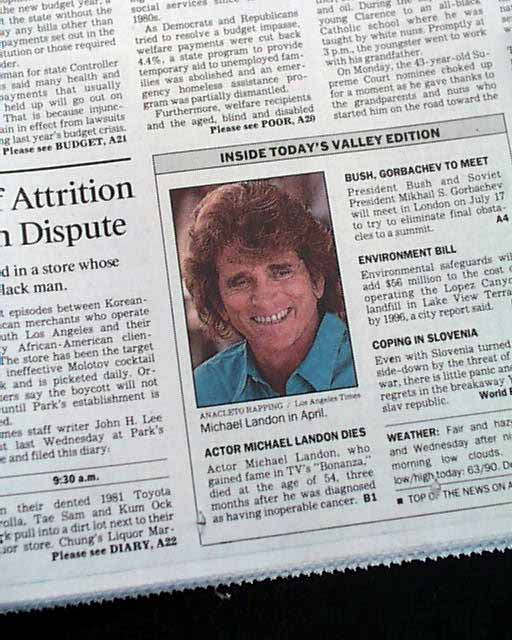 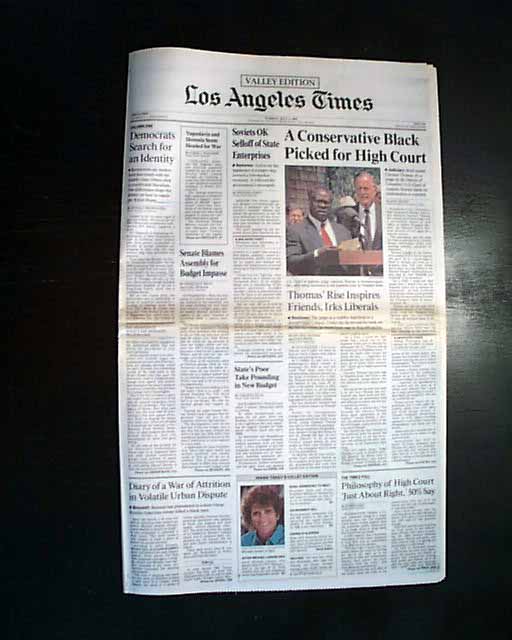 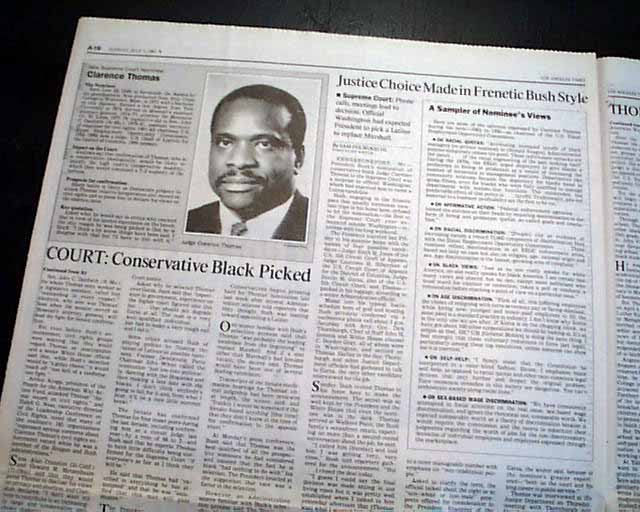 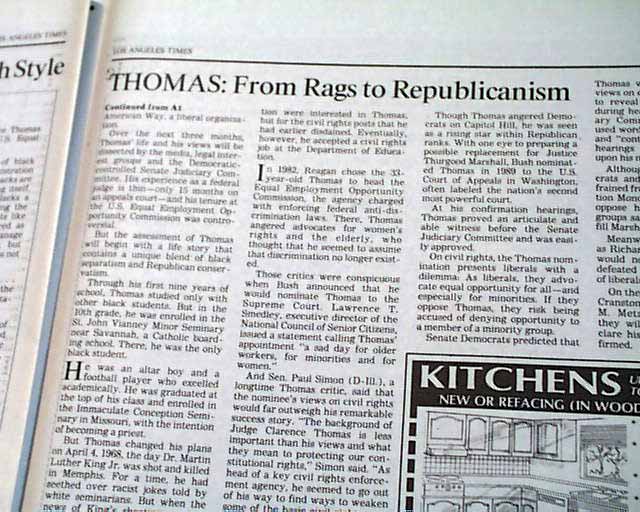 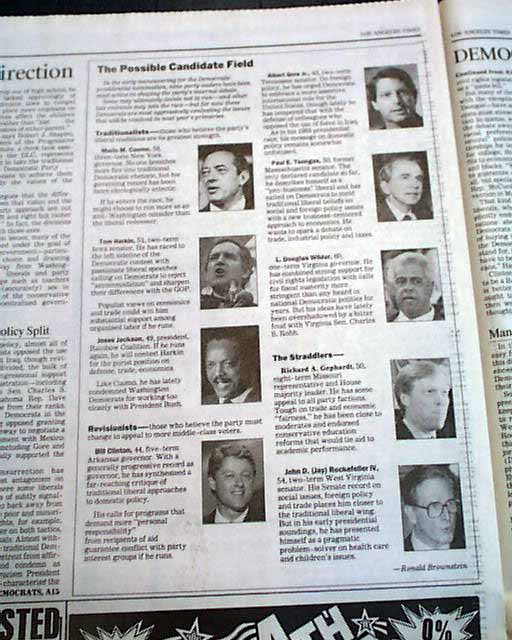