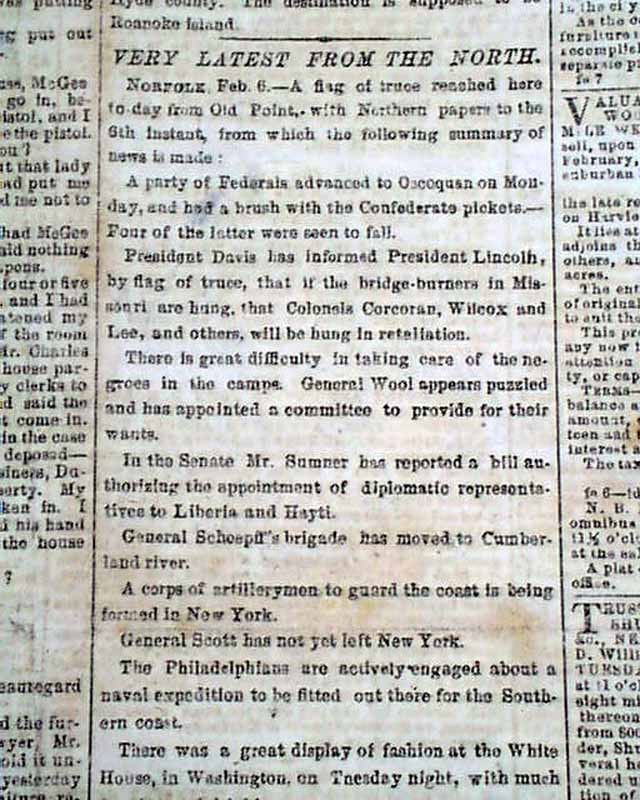 * Battle of Fort Henry, Tennessee
* In a Confederate - rebel title

Half of the front page is taken up with ads with the other half having various news items including: "Interesting From the North--Notes On The War" with various subheads. Also reports on: "American Affairs In Europe" "The Grand Army to Advance" "The Burnside Expedition--The Design of its Operations" "An Abolition Story--Negro Officers in the Southern Army" "The Cost of the War" and more.
Over two columns on pg. 2 are taken up with the editorial, followed by: "The Latest Northern News--Movements & Spirit of the War" "The Grand Union Army--The Yankees Blowing Their Trumpets" "The Sinews of the War--Troubles of the Federal Treasury" "The Railroad Interest in Congress" and more. Page 3 has: "War Rumours--The Burnside Fleet" "Another Railroad Scheme in Congress" "Lincoln's Demand Notes" "Western Virginia" "Very Latest From the North--The Federals Attack fort Henry, Tennessee--A Skirmish in Tennessee--Federals Routed" and reports from the "Legislature of Virginia" As well.
The back page is entirely taken up with advertisements and a large number of Acts from the Confederate Congress. Complete in 4 pages, never bound nor trimmed, very nice condition. 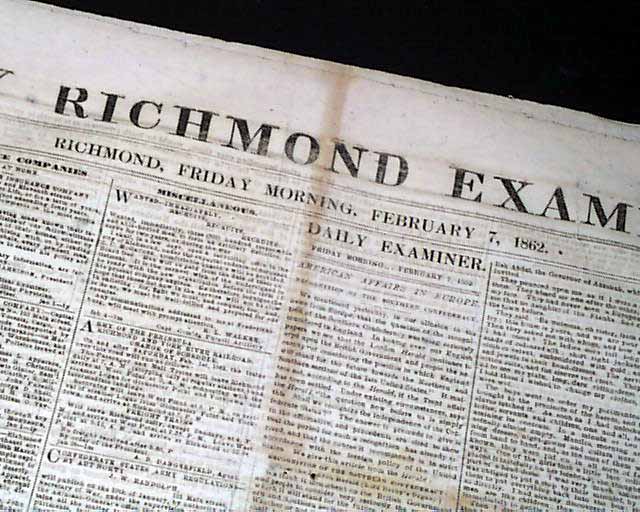 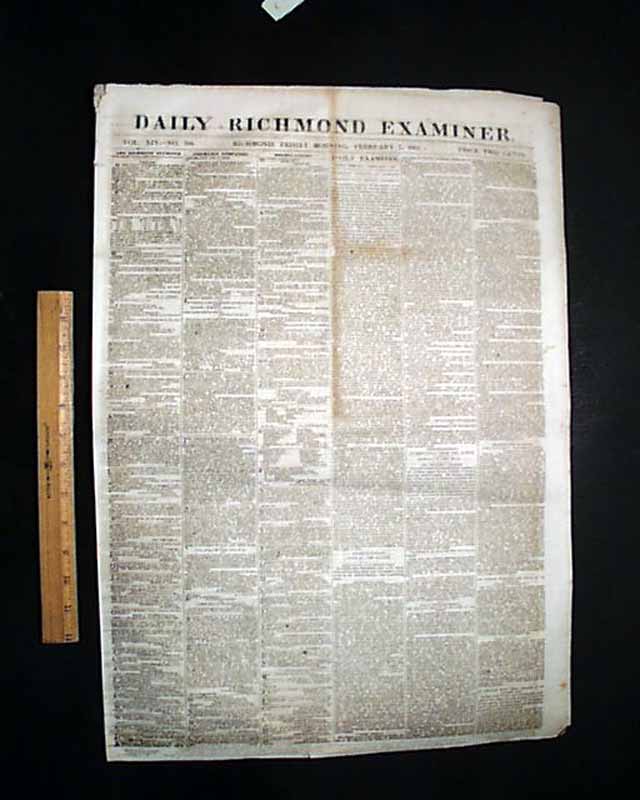 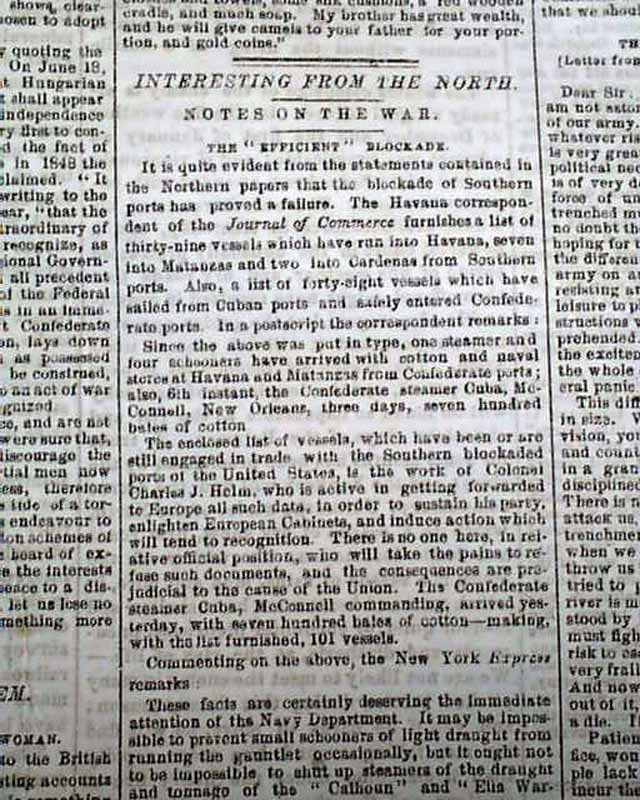 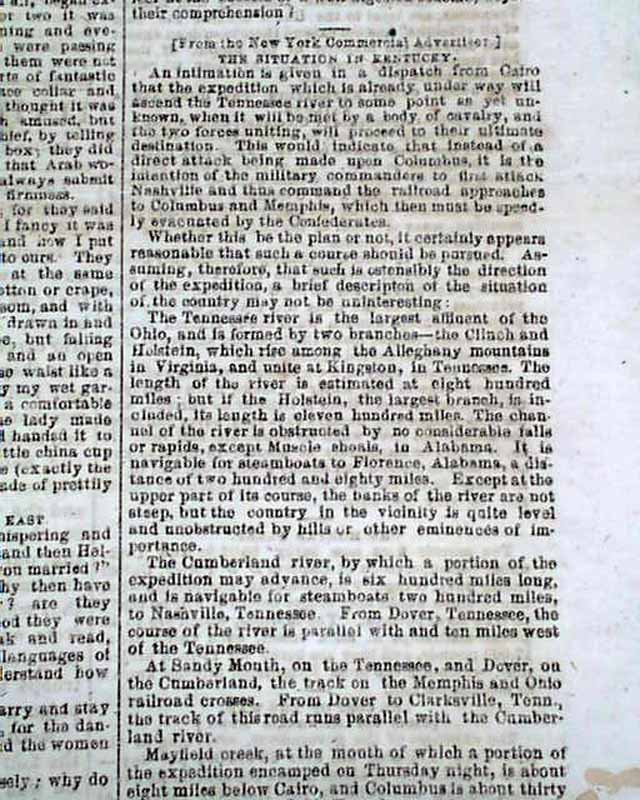 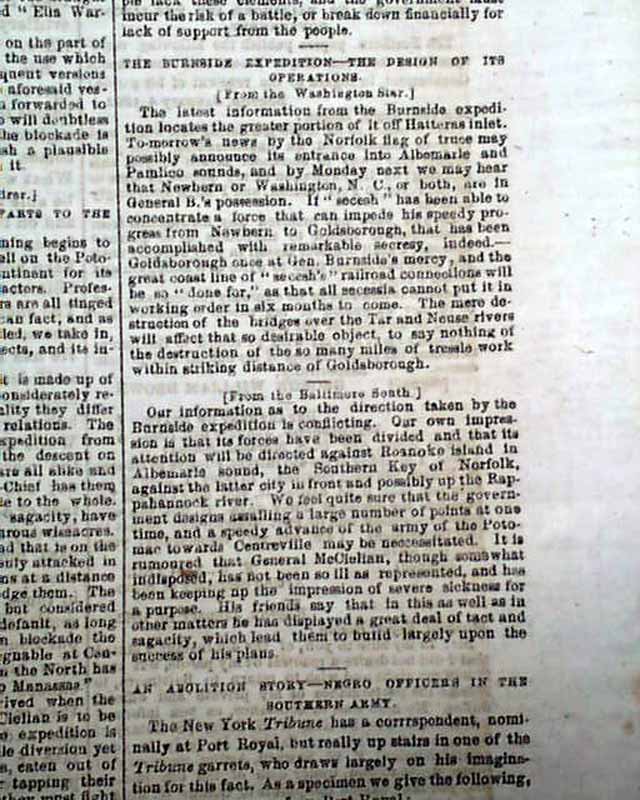 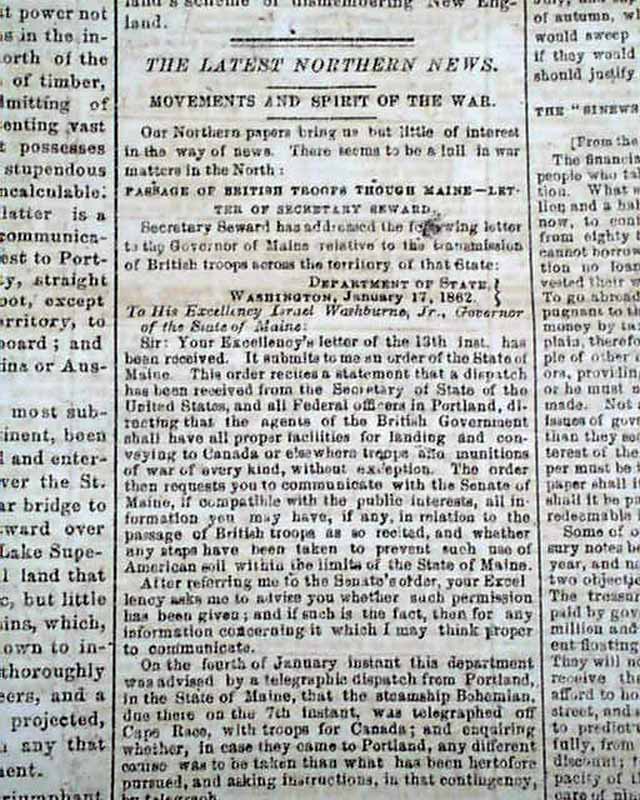 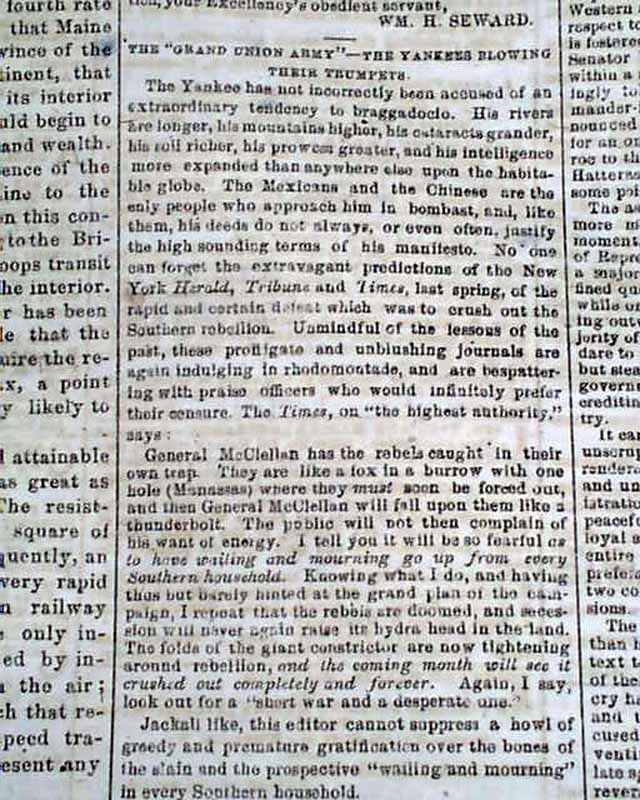 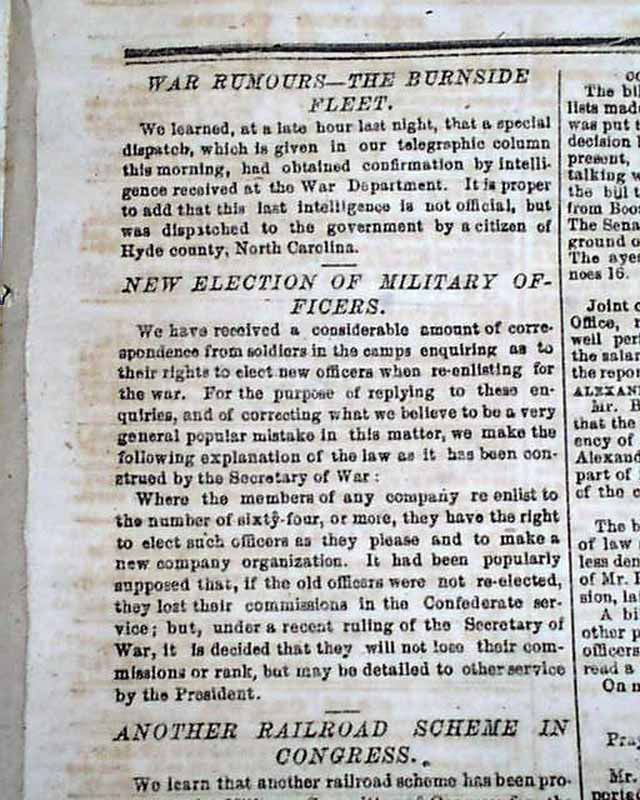 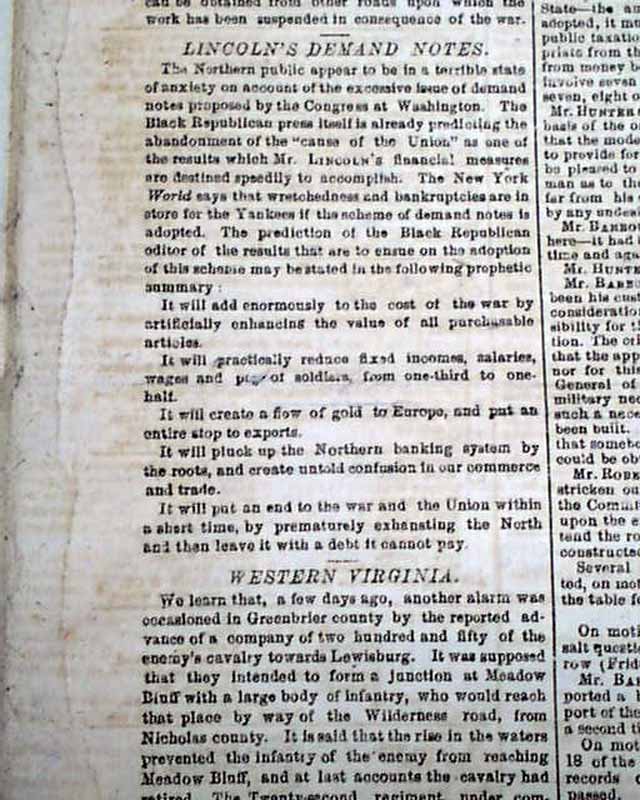 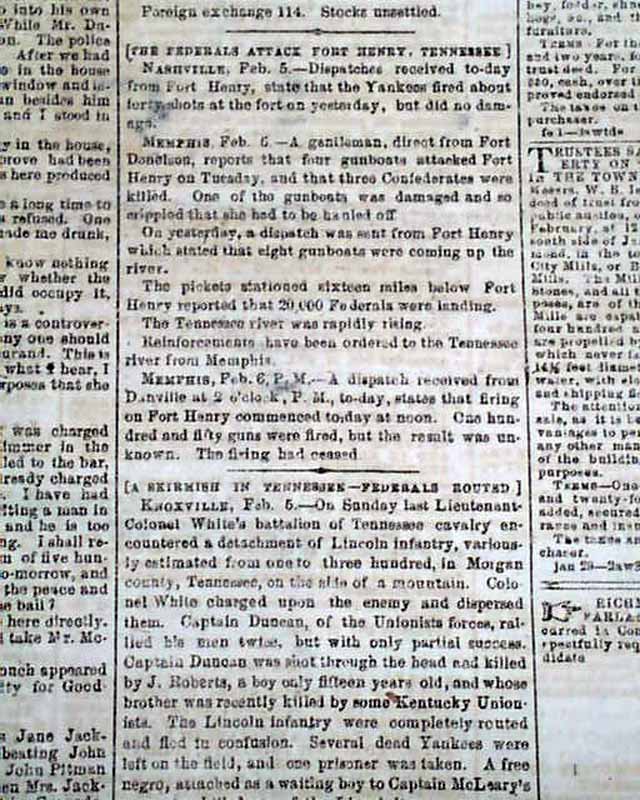