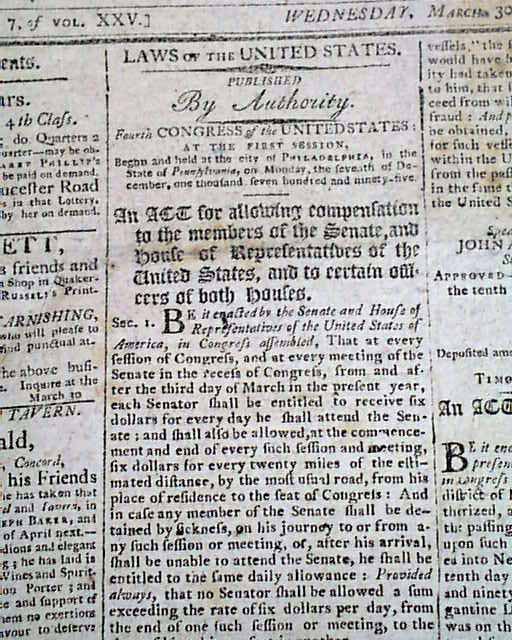 The front page features not one but four Acts of Congress, each one signed in script type by: Go. Washington, President of the United States. Each is also signed in block type by the Vice President, John Adams.
One of the Acts is: "...for allowing compensation to the members of the Senate & House of Representatives of the United States...". Four pages, light foxing, slightly irregular at the spine and some rubbing to a fold causes a tiny hold not affecting the mentioned content.