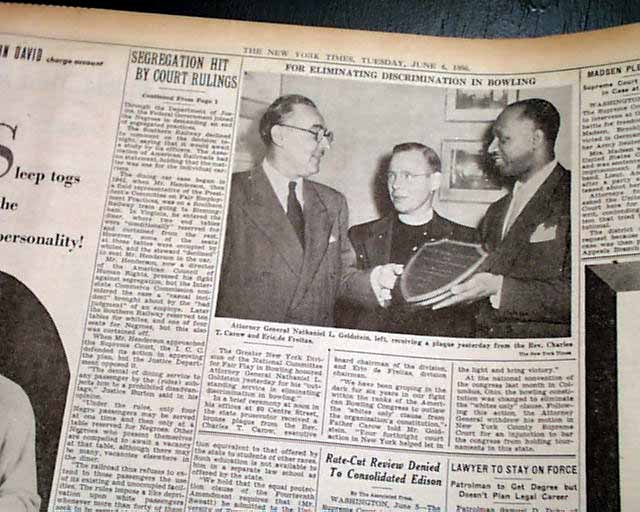 The front page has a 3 column head: "SUPREME COURT RULINGS BAR SEGREGATION IN 2 COLLEGES, ALSO VOID BIAS IN RAIL DINERS" with subheads: "Bench Unanimous" "But It Stops Short of Saying if Separation of Races Is Illegal" "Precedents Are Set Up" and more.
The text begins: "In three unanimous opinions dealing with racial discrimination, the Supreme Court...struck down today barriers separating Negroes in railroad dining cars and in two educational institutions..." the latter being the G. W. McLaurin case with the Univ. of Oklahoma, and the Herman Marion Sweatt case at the Univ. of Texas Law School.
Lengthy reporting carries over to an inside page.
The complete 60 page issue, disbound, nice condition.