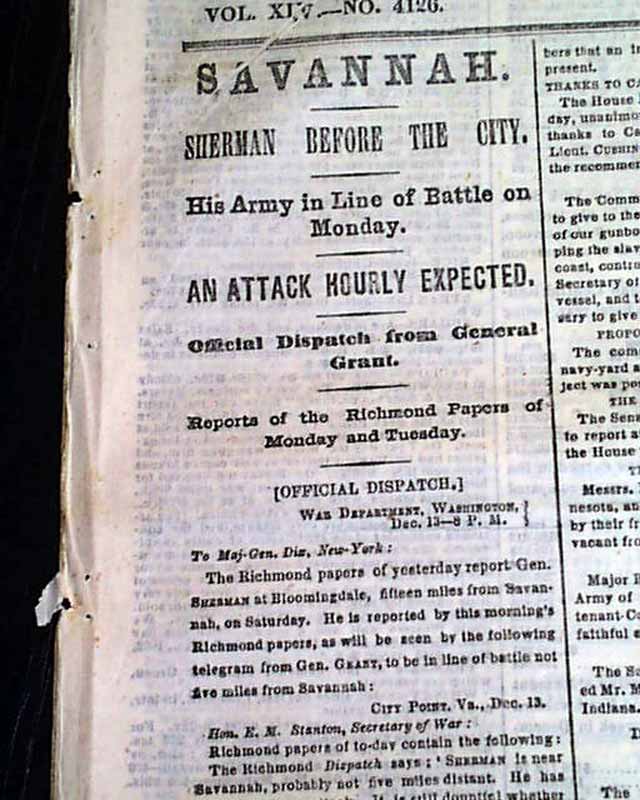 Among the one column headlines on the Civil War are: "SAVANNAH" "SHERMAN BEFORE THE CITY" "His Army in Line of Battle on Monday" "Official Dispatch from General Grant" "An Attack Hourly Expected" "Movement of Gen. Warren" "The Rebels in Strong Force Near Hicksford" "THE ST. ALBAN'S RAID" "ARMY OF THE POTOMAC" and more.
Eight pages, very nice condition.