Home > Back to Search Results > Sherman's march through the South...
Click image to enlarge 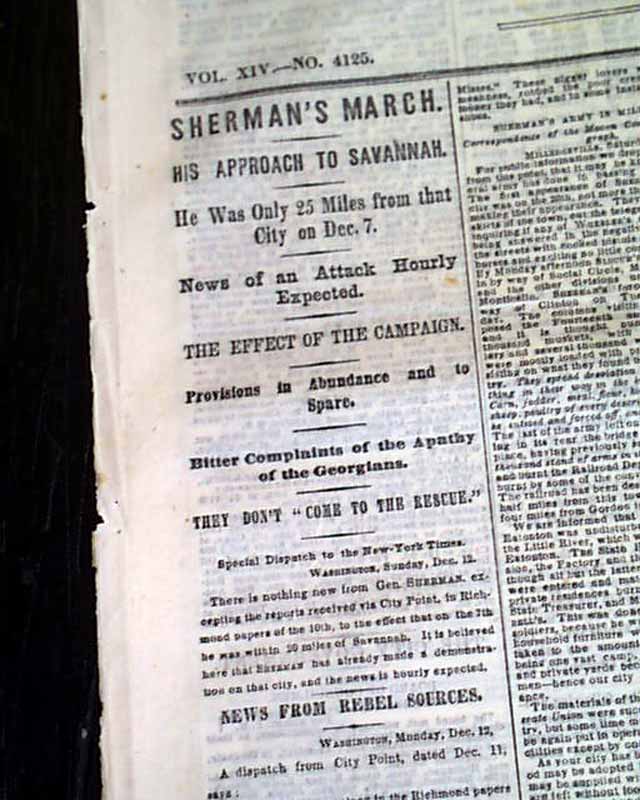 Sherman's march through the South...

Among the front page column heads on the Civil War are: "SHERMAN'S MARCH" "His Approach To Savannah" "He Was only 25 Miles from that City on Dec. 7" "News of an Attack Hourly Expected" "The War In Tennessee" "Rebel Attacks On Murfreesboro" "Repeated Repulse & Route of the Enemy" "List of Rebel General Killed in the Late Engagements" "Gen. Foster's Operations" "Capture of Pocotaligo Bridge" and more.
Eight pages, nice condition.