Home > Back to Search Results > On the funeral of the governor...
Click image to enlarge 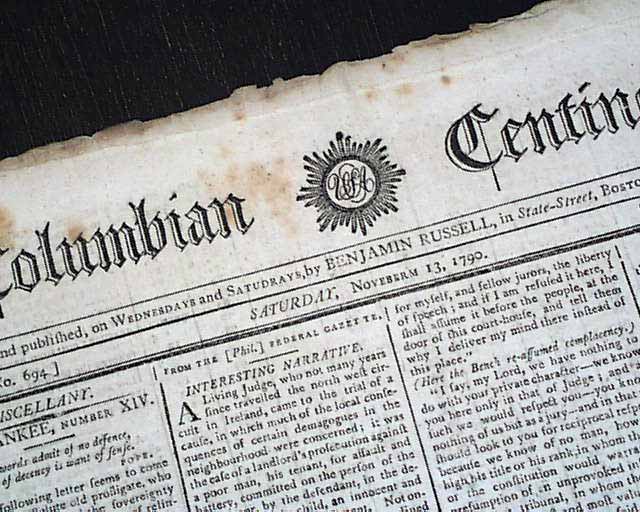 Page 3 reports that George Read was unanimously re-elected Senator of Delaware. A second item says: "The Hon. William Patterson, Esq. Senator of the United States, from New Jersey is unanimously elected Governor of that State." Both of these men signed the Constitution of the United States.
Another column has a final tribute of "affection and respect" paid to the remains of the "Hon. JAMES BOWDOIN, Esq.", which includes the procession order, plus a few other details.
Four  pages, never-trimmed margins, excellent condition.