Home > Back to Search Results > The capture of Jefferson Davis...
Click image to enlarge 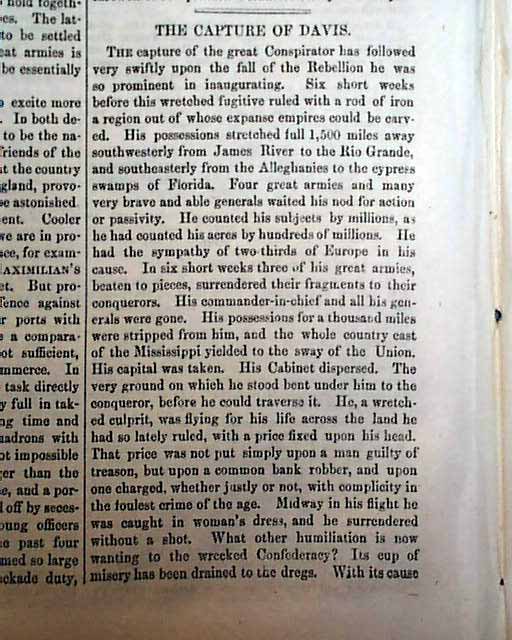 The front page has an article headed "The Military Situation" and beginning: "The pursuit & capture of Jeff. Davis, the surrender of Taylor, and the concentration of the National Armies around Washington, are...the three principal military events worthy of consideration...".
Within is another article: "The Capture of Davis" begins: "The capture of the great Conspirator has followed very swiftly upon the fall of the Rebellion he was so prominent in inaugurating. Six short weeks before this wretched fugitive ruled with a rod of iron..." with more (see for portions) taking two-thirds of a page & detailing how he was caught in woman's clothes.
Sixteen pages, great condition. Terrific to have this content in this military newspaper.