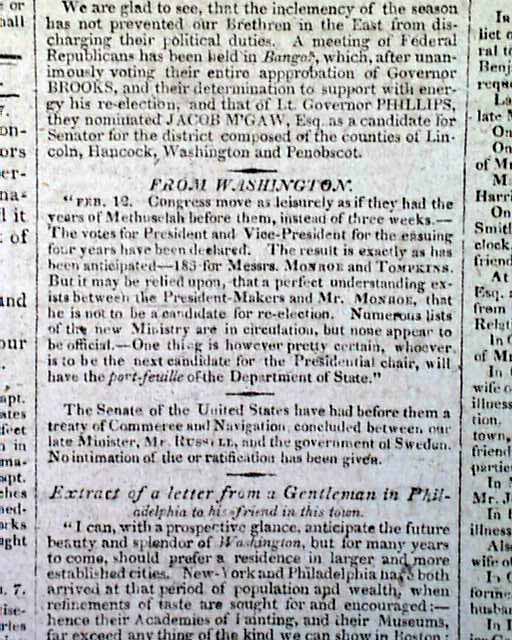 A page 2 report datelined "Washington, Feb. 13, 1817" reports: "According to the provisions of the Constitution, the votes given by the Electors...were yesterday counted...in the presence of the Senators and Representatives in Congress, and it was officially proclaimed by the President of the Senate; that JAMES MONROE is elected President of the United States; and that DANIEL D. TOMPKINS is elected Vice-President...".
Four pages, slightly irregular at the spine margin, nice condition.