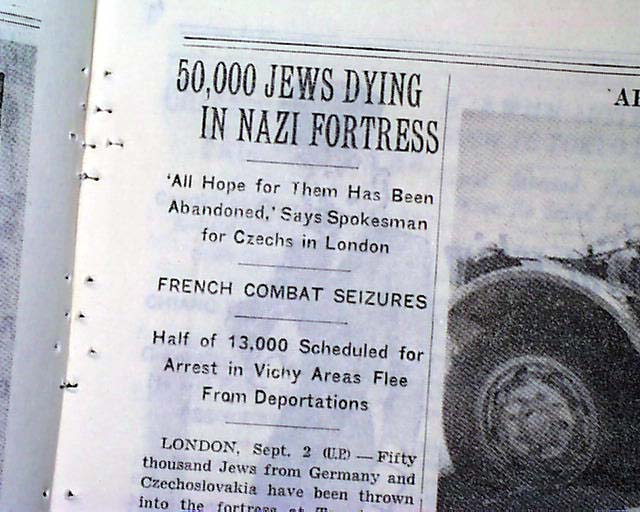 Page 5 has one column headings that include: "50,000 JEWS DYING IN NAZI FORTRESS" "'All Hope for Them Has Been Abandoned,' Says Spokesman for Czechs in London" and more. See images for coverage on the atrocities in Nazi-occupied Czech Republic.
Rare to find such reports in newspapers at this time as the reality of the holocaust was just being realized. What better evidence to confirm of what really happened then having a first-hand account from the day it was first reported.
Complete in 40 pages, this is the "rag edition" printed on very high quality newspaper meant for institutional holdings. Great condition. 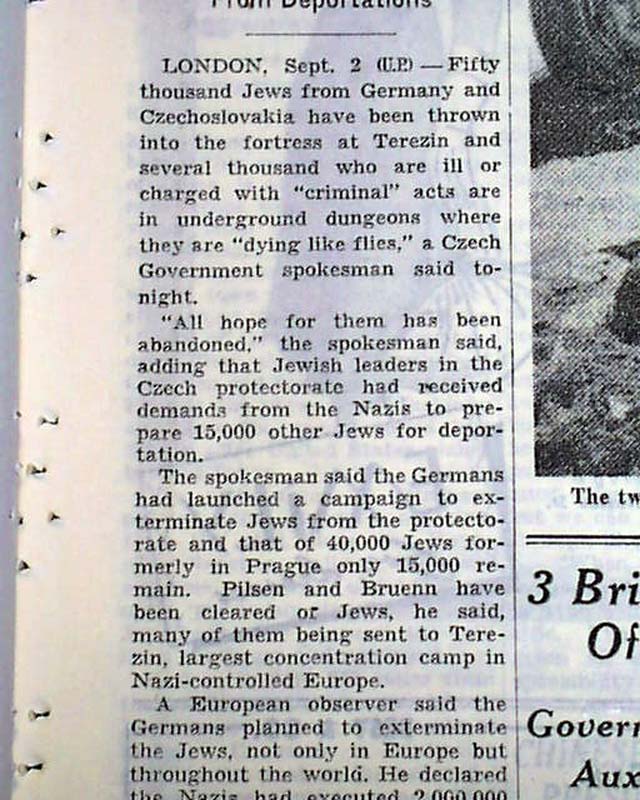 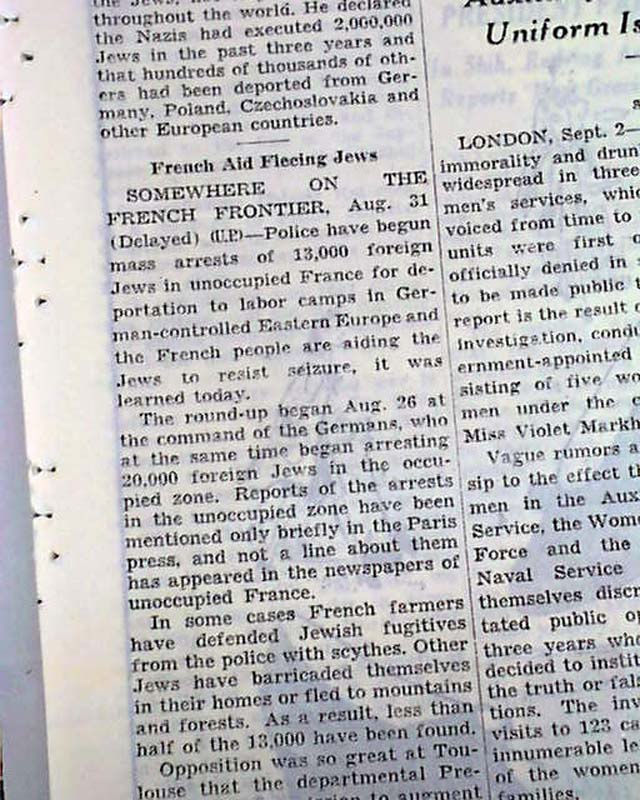 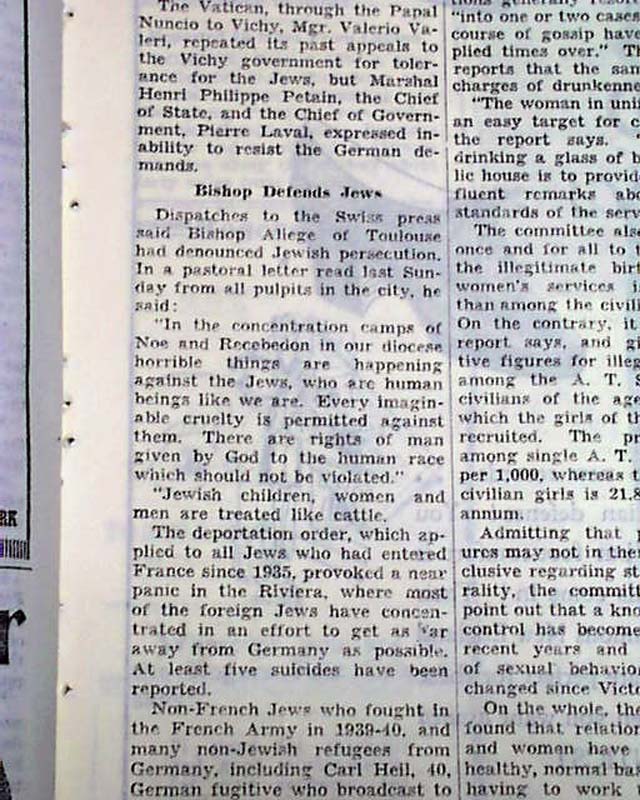 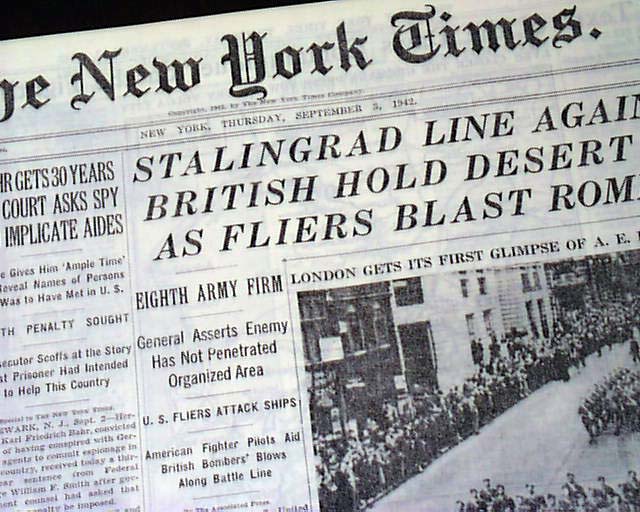 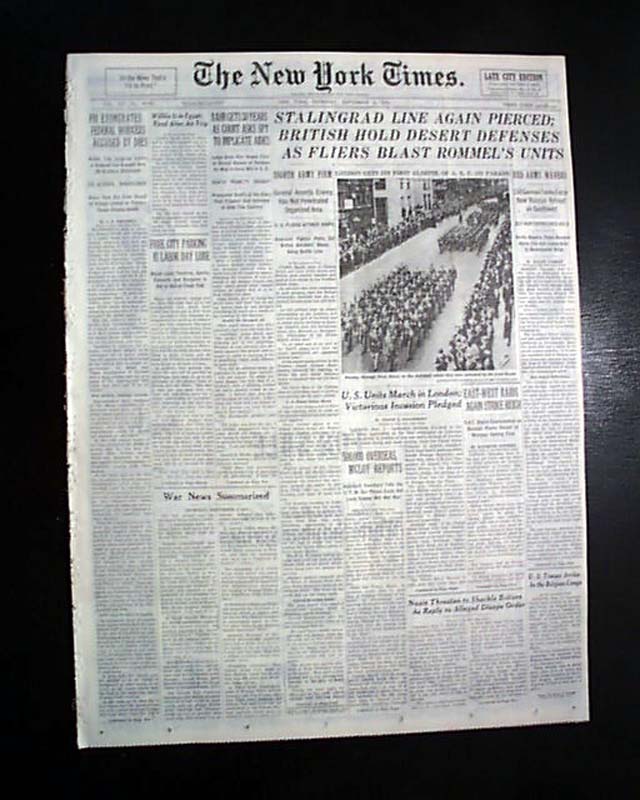