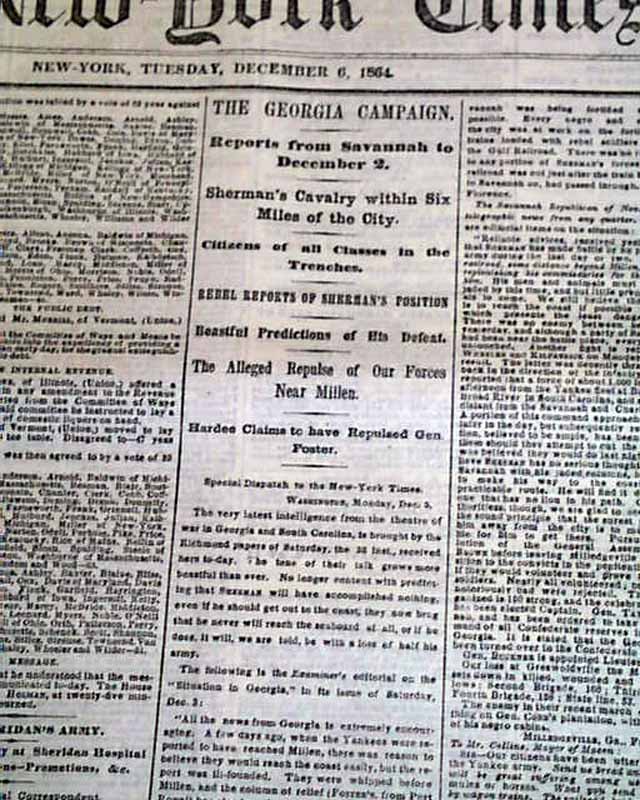 Among the front page column heads on the Civil War are: "THE GEORGIA CAMPAIGN" "Reports From Savannah to Dec. 2" "Sherman's Cavalry Within Six Miles of the City" "Citizens of all Classes in the Trenches" "Rebel Reports of Sherman's Position" "Boastful Predictions of His Defeat" "The War In Tennessee" "The Battle of Franklin" and more.
Eight pages, nice condition.