Home > Back to Search Results > Latest from the California Gold Rush...
Click image to enlarge 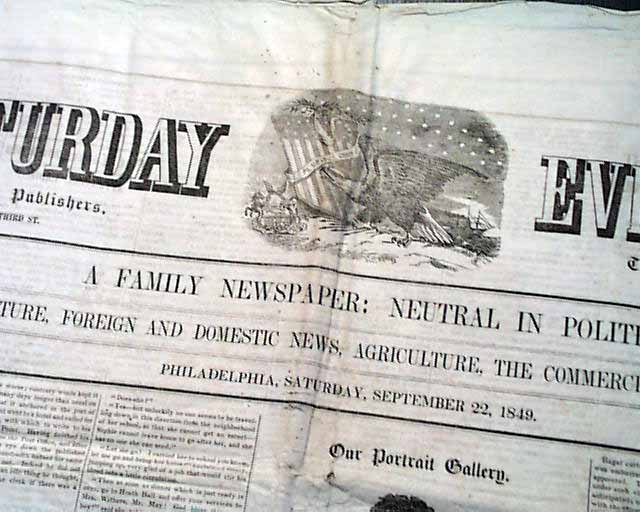 Latest from the California Gold Rush...

Page 3 has: "From California" with the latest news, bits including: "...The Empire City brings over $600,000 in species and gold dust...An attack had been made by a party of rowdy Americans in San Francisco...emigrants from Missouri...are now arriving daily...In the gold diggings, many of the placers are becoming exhausted but new ones are being continually discovered. About an ounce a day is states as the average quantity found...Provisions are plenty in the mines..." with much more. The article on the gold takes over half a column.
The ftpg. has a print of  "Alexander Dumas", author of The Three Musketeers.
Four pages of very large size paper measuring 25 by 33 inches, folded three times, various wear at the folds. Folder size noted is for the issue folded in half.