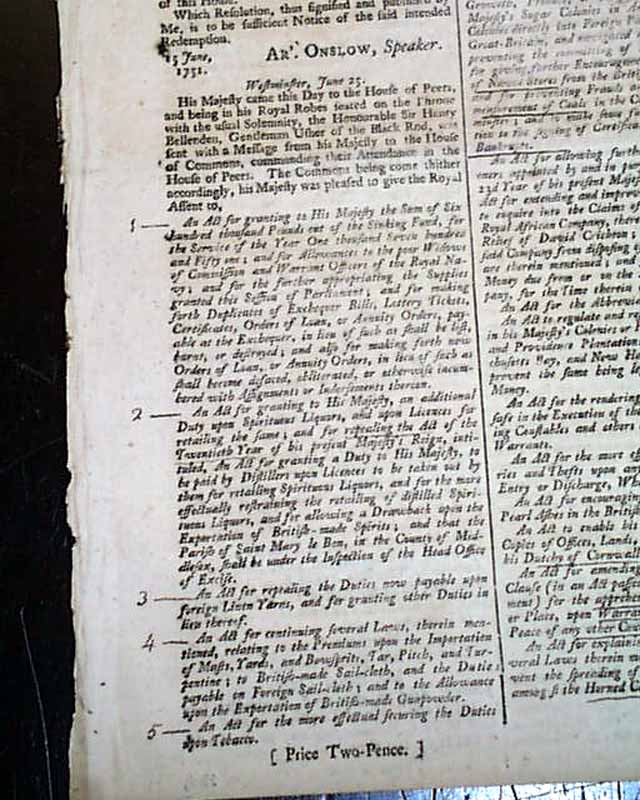 The front page has a list of Acts of Parliament to which the King of England gave his Royal Assent to, one of which is the historic Gin Act.
This was an Act enacted in order to reduce the consumption of spirits, a popular pastime, that was regarded as one of the primary causes of crime in London. By prohibiting gin distillers from selling to unlicensed merchants and increasing fees charged to merchants, it eliminated small gin shops, thereby restricting the distribution of gin to larger distillers and retailers.
The various Acts were hand-numbered, in period ink & handwriting, 1 thru 20, carrying over to page 2. The Gin Act is #2.
Four pages, 7 1/2 by 11 1/2 inches, nice condition.