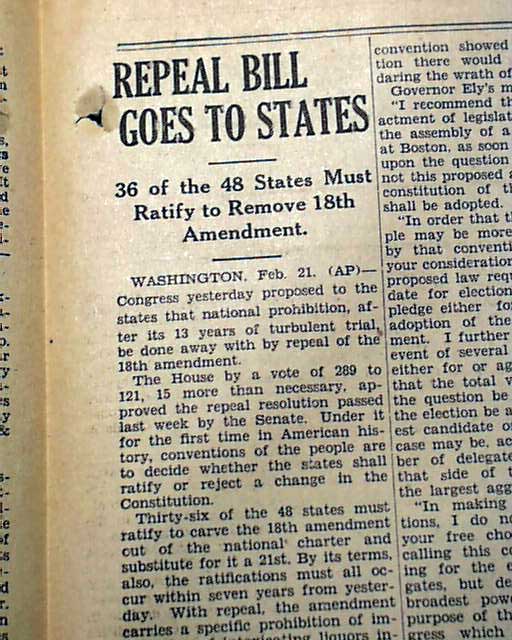 The top of page 5 has a one column heading: "REPEAL BILL GOES TO STATES" with subhead. (see) First report coverage on the United States House of Representatives approving the repeal of prohibition.
Other news, sports and advertisements of the day. Complete with all 8 pages, light toning at the margins, a few small binding holes along the spine, generally nice.