Home > Back to Search Results > Thomas Jefferson... Indian troubles on the frontier...
Click image to enlarge 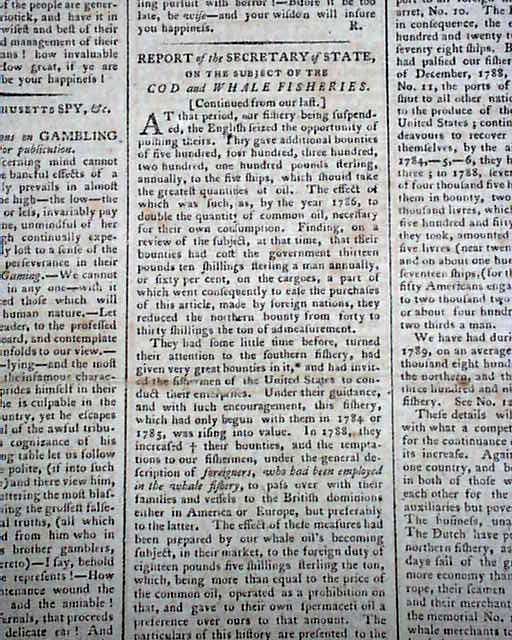 Beginning on the ftpg. & take part of page 2 is the continued: "Report of the Secretary of State on the Subject of the Cod & Whale Fisheries" signed in type: Thomas Jefferson.
Page 3 has another letter signed in type: Thomas Jefferson, plus a letter from Washington, Pennsylvania, mentioning: "...out situation never was so dangerous since I came to this country with respect to the Indians; they are killing almost every day, more or less of the inhabitants on our frontiers...." with more.
Four pages, minimal foxing, good condition.