Home > Back to Search Results > The "fever" for California gold has begun...
Click image to enlarge 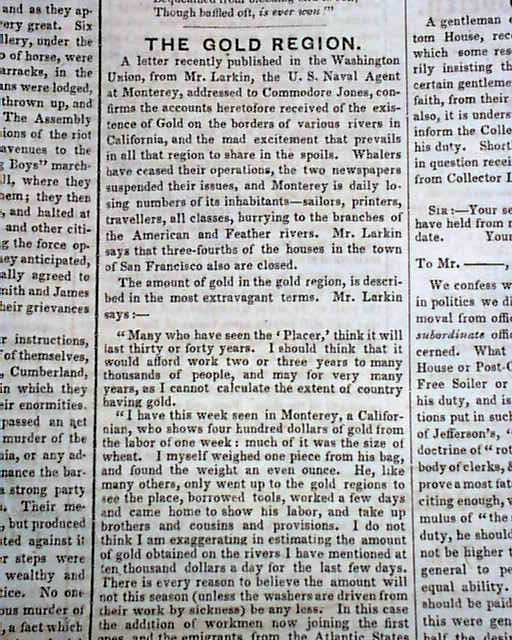 The "fever" for California gold has begun...

Page 2 has a nice report headed: "The Gold Region" with bits including: "...accounts heretofore received of he existence of gold on the borders of various rivers in California and the made excitement that prevails in all that region to share in the spoils...sailors, printers, travellers, all classes, hurrying to the branches of the American and Feather rivers...that three-fourths of the houses in the town of San Francisco also are closed...seen in Monterey, a Californian, who shows $400 of gold from the labor of one week...with a pick & shovel to clear off two feet of the top earth, then put in a tin pan or wooden bowl a shovel of dirt, go into running water..." and much more on how the mining happens.
A very fine, and quite early account of the discovery of gold in California.
Four pages, a very large size paper measuring 25 by 33 inches, folded three times, some wear at the folds  and minor margin tears. Folder size noted is for the issue folded in half. 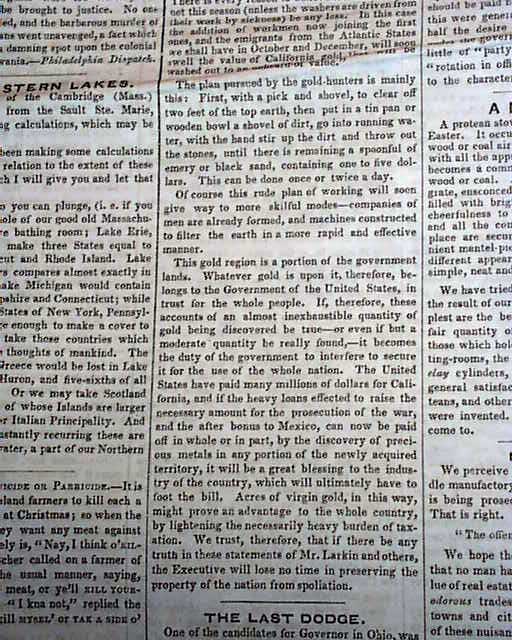 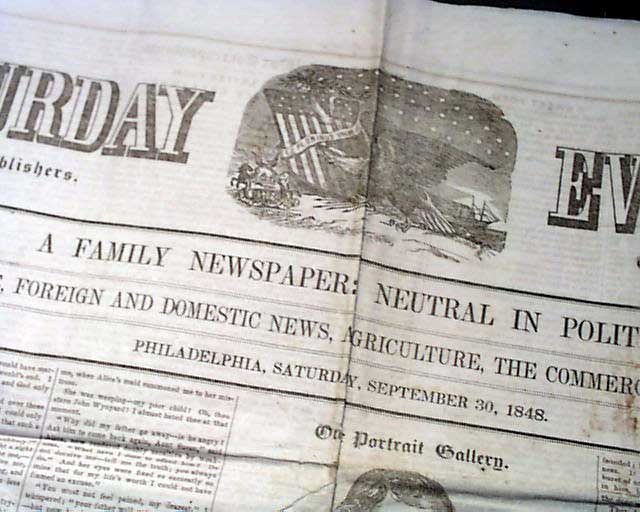 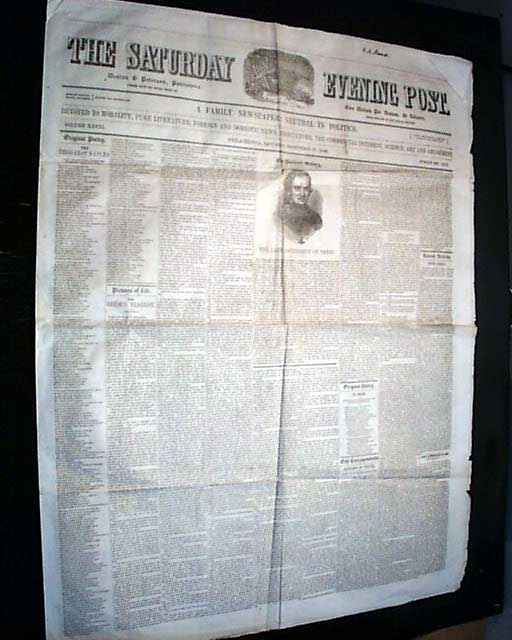