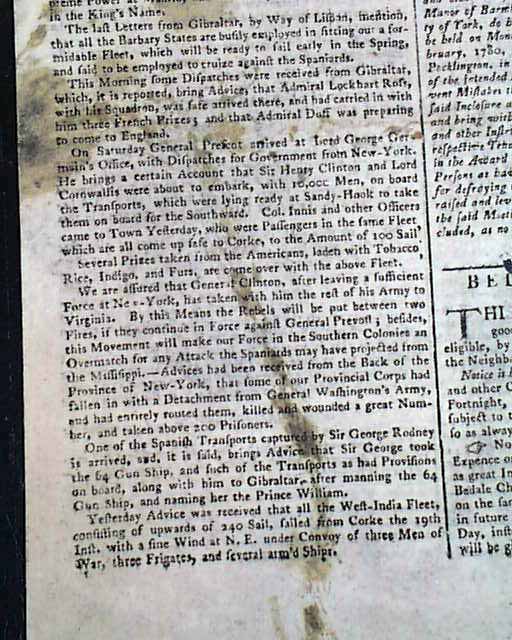 The front page has a few news items on the Revolutionary War: "...account that Sir Henry Clinton & Lord Cornwallis were about to embark, with 10,000 men...lying ready at Sandy Hook to take them on board for the southward...Several prizes taken from the American, laden with tobacco...are come over with the above fleet...assured that General Clinton, after leaving a sufficient force at New York, has taken with him the rest of his army to Virginia. By this means the Rebels will be put between two fires...advices...received from the back of the province of New York, that some of our Provincial Corps had fallen in with a detachment from General Washington's army and had entirely routed them...".
Four pages, never bound nor trimmed, red tax stamp on the ftpg., some staining to the left side, generally good condition.