Home > Back to Search Results > The British evacuate Boston...
Click image to enlarge 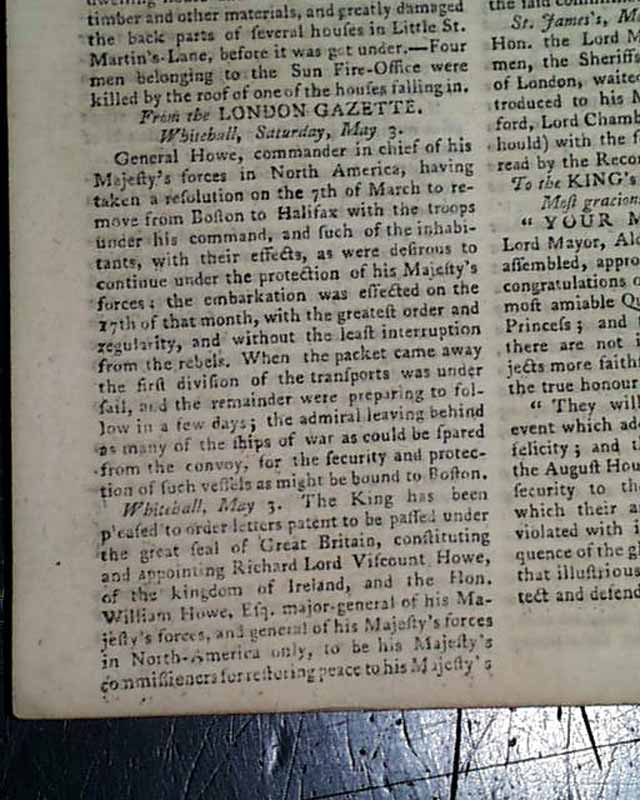 
THE WESTMINSTER MAGAZINE, London, May, 1776  Certainly a very uncommon title from the 18th century, formatted much like the more common 'Gentleman's Magazine" or the era.
Under the "Monthly Chronicle" is a report mentioning: "General Howe, commander in chief of his Majesty's forces in North America, having taken a resolution on the 7th of March to remove from Boston to Halifax with the troops under his command...as were desirous to continue under the protection of his Majesty's forces...the embarkation was effected on the 17th of that month with the greatest order and regularity & without the least interruption from the rebels...".
Also a report of the king's appointment of Richard Lord Viscount Howe, and the Hon William Howe, "...to be his Majesty's commissioners for restoring peace to his Majesty's colonies and plantations in North America...".
No plates are present.
Complete in 56 pages, 5 by 8 inches, full title/contents page, very nice condition.