Home > Back to Search Results > Nazi atrocities told in 1946...
Click image to enlarge 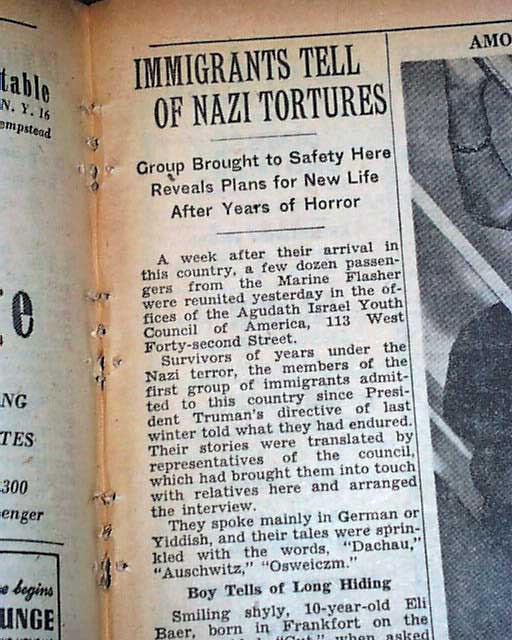 Page 11 has one column headings: "IMMIGRANTS TELL OF NAZI TORTURES" "Group Brought to Safety Here Reveals Plans for New Life After Years of Horror" Coverage on some of the survivors of the Jewish holocaust making there way into America with a few eyewitness accounts of Nazi atrocities. See images for text here.
Forty-four pages, various cutouts throughout including one on the front page (see) but page 11 is fine, light toning at the margins, sold as is.