Home > Back to Search Results > Ready for the 1916 World Series: Boston vs. Brooklyn...
Click image to enlarge 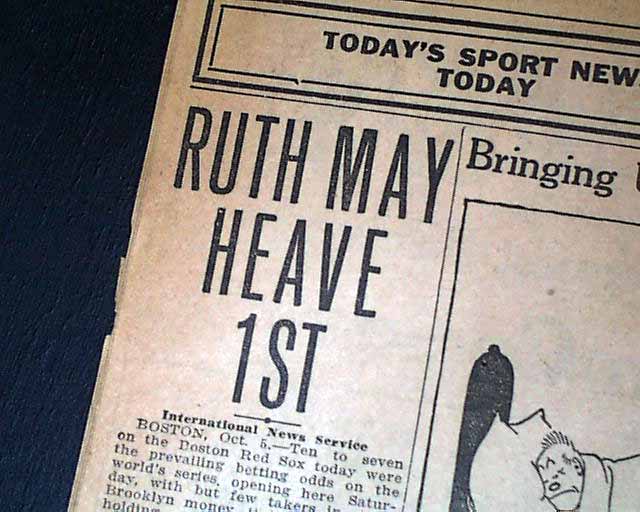 Pages 10 and 11 have articles on the upcoming World Series, comparing the pitching and batting prowess of each team.
Among the articles: "Brooklyn Men Far Exceed Rivals In Hitting Says Figures On Champions" which curiously mentions Babe Ruth, but only re. his effectiveness as a pitcher, not a batter.
Babe Ruth was a pitcher for the Red Sox throwing only in game two, managing 13 shutout innings & winning the game 2-1. But he went 0 for 5 at the plate. This was just his 2nd full season in Major League Baseball.
Complete in 14 pages, light toning and minor wear at the margins, generally nice.