Home > Back to Search Results > Yankees vs. Dallas Steers in 1929...
Click image to enlarge 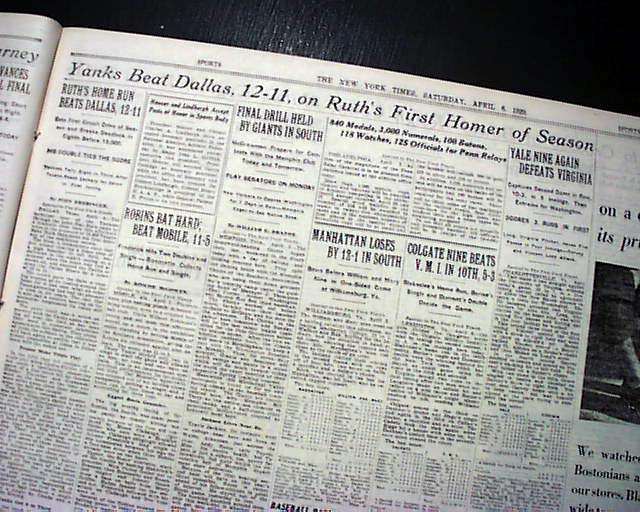 The sport's section (page 11) has a six column headline: "Yanks Beat Dallas, 12-11, on Ruth's First Homer of Season" with subheads and box scores. First report coverage on the New York Yankees ending their exhibition tour in the state of Texas. Babe Ruth and Lou Gehrig both hit home runs in this game. Always nice to have notable events in history reported in this World famous publication, especially on this topic.
Other news, sports and advertisements of the day. Complete in 36 pages, this is the rare rag edition that was produced on very high quality newsprint, with a high percentage of cotton & linen content, allowing the issues to remain very white & sturdy into the present. Given the subscription cost, libraries & institutions rather than individuals were the primary subscribers of these high-quality editions. Nice condition.