Home > Back to Search Results > The Red Sox win game four of the World Series...
Click image to enlarge 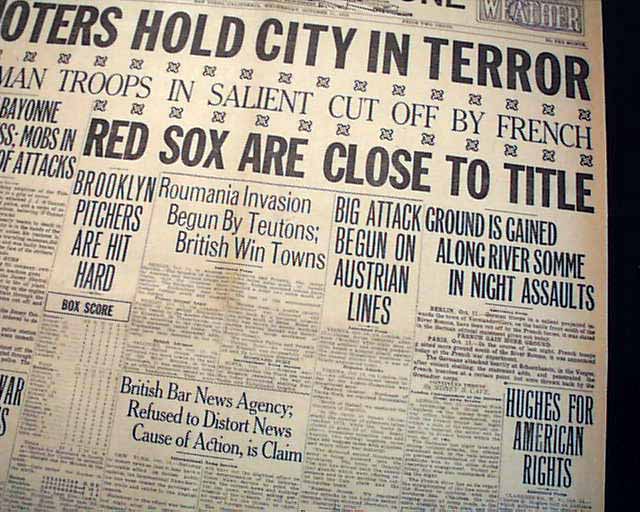 The Red Sox win game four of the World Series...

The front page has a rather large headline announcing: "RED SOX ARE CLOSE TO TITLE" with subhead: "Brooklyn Pitchers Are Hit Hard"
Included on the front page is the "Box Score" as well as nice text with an inning-by-inning account of the game found on page 9. This was game 4 of the Series. Boston would win the title in game 5.
Babe Ruth was a member of the Boston team, but being a pitcher he did not play in this game, participating only in game two when he pitched 13 shutout innings, winning the game 2-1. But he went 0 for 5 at the plate.
Additional reporting on pages 10 and 11 including photos.
Complete in 14 pages and in uncommonly good condition.